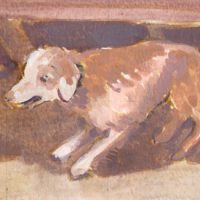 Boston's Museum of Fine Art is showing an exquisite collection of Titians, along with the work of two other fine Venetian painters, on view through August 16, 2009 — Titian, Tintoretto, Veronese: Rivals in Renaissance Venice. Included is Titian's Supper at Emmaus from the Louvre. A confrontation plays out between a dog and cat beneath the table cloth. The dog is familiar. It is the same type of … END_OF_DOCUMENT_TOKEN_TO_BE_REPLACED 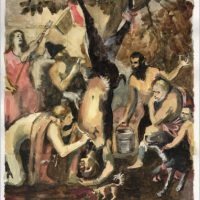 On a cold day in January 1991, I was at the National Gallery in Washington, D.C. to see a large exhibition of paintings by Titian. A week earlier, President Bush announced the first Gulf War in response to Saddam Hussein’s invasion of Kuwait. Two days before the start date 25,000 people were on the mall to protest. This weekend saw 250,000. They carried signs that read “Support Our Troops” and “No … END_OF_DOCUMENT_TOKEN_TO_BE_REPLACED