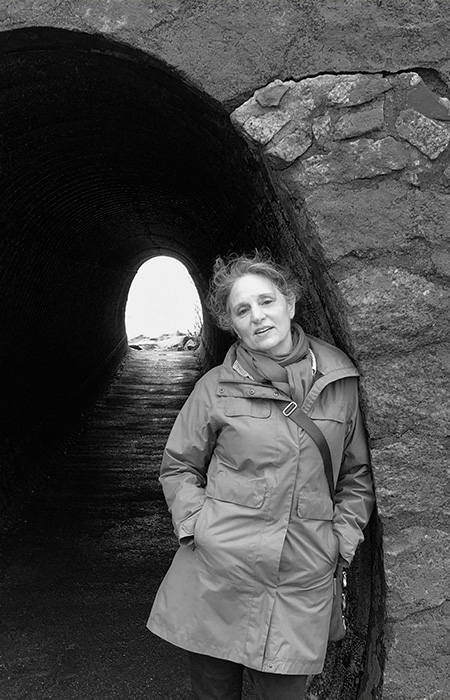 Laraine Armenti is a visual artist and writer who lives and works in Massachusetts.

Laraine holds degrees from Rhode Island School of Design (RISD), BFA, Printmaking 1980, and Boston University (BU), MFA, Painting 2013. Her drawings, collages, and paintings have been shown in New England galleries including Alpha New Talent and Gladstone of Manchester. Awards and residencies include the Beijing Inside Out Art Museum, Massachusetts Cultural Council, Virginia Center for the Creative Arts, and Vermont Studio Center.

She taught painting, drawing, and color in several schools including Boston University, Danforth Museum School at Framingham State University, Cambridge Center Studio School, and Wheaton College Massachusetts, and was a visiting artist for painting critiques at Massachusetts College of Art and Design.

Laraine began her professional work as an illustrator for Concord Public Schools while in high school. Summers between semesters in college, she worked as a technical illustrator, artist, and designer at Digital Equipment Corporation. After full-time employment at DEC during the 1980s, she was self-employed in design of marketing materials and conference graphics for corporate meetings, traveling extensively throughout the US and internationally.

She pays her respects to past and present indigenous people whose land she lives and works on, variously transliterated as Magwonkkomuk and later Magunko, and who prior to 1630 held sovereignty that has never been ceded.