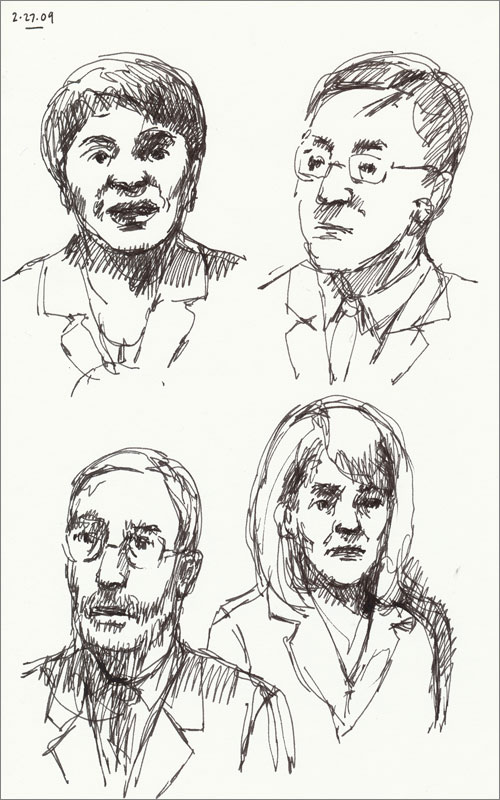 I am among countless fans of Gwen Ifill who were shocked and saddened by her premature death on November 14, 2016. Her wit, warmth, incisive intelligence, and “megawatt” smile are deeply missed. She provided invaluable insights into contemporary politics that I appreciated as a frequent viewer of Washington Week and the PBS NewsHour. Many of the journalists seen on the two shows became subjects of my sketchbooks, drawn while watching, without freezing the screen to capture likenesses; neither did I consistently note names on the drawings. However, some of the scribblings are identifiable — dedicated journalists whose lives embody the full expression of the First Amendment of the Constitution. They include:

Click on the thumbnails below to see a slideshow of drawings.