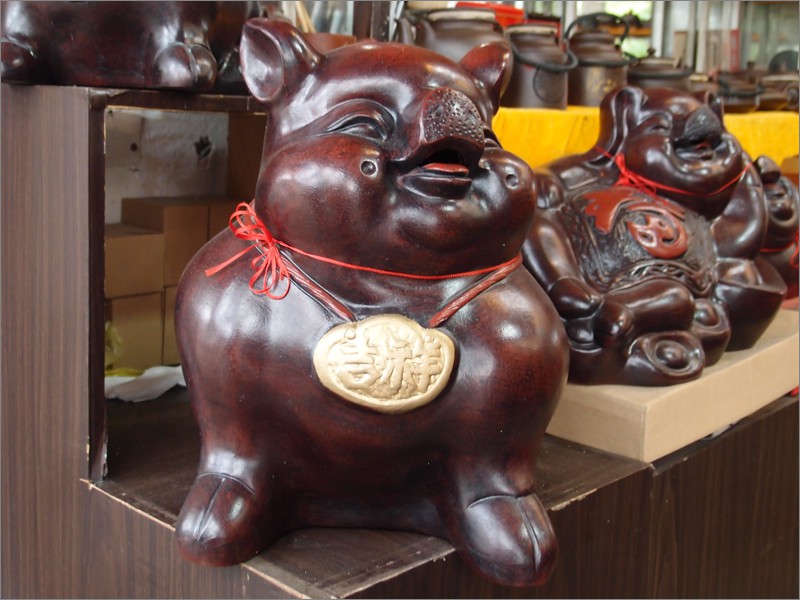 There is a story about why the popular local meal Wansan pork hock is named after Shen Wansan, the richest man in the late Yuan and early Ming Dynasty in Zhouzhuang. It was explained to me several times but I could not comprehend it. It had to do with multi-family intrigue, commercial competition, the sound of his name being similar to the word for pig, and his enormous financial success. 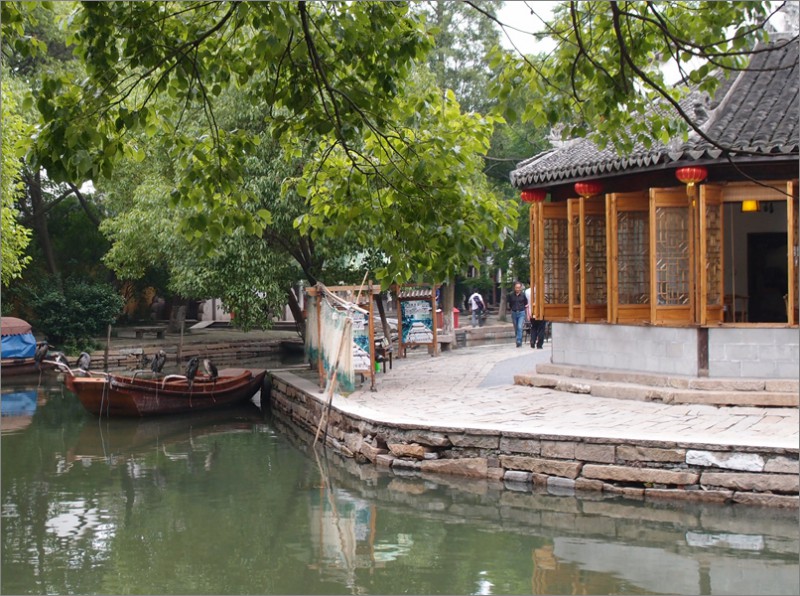 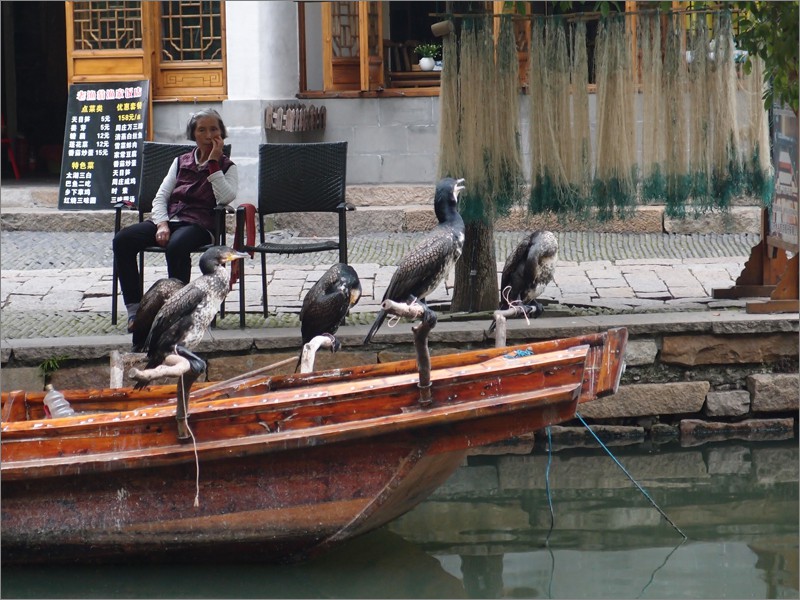 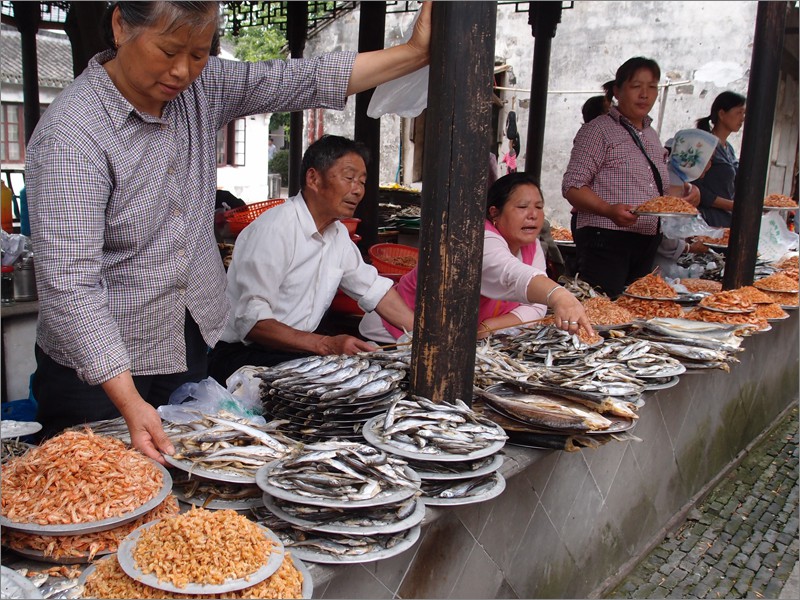 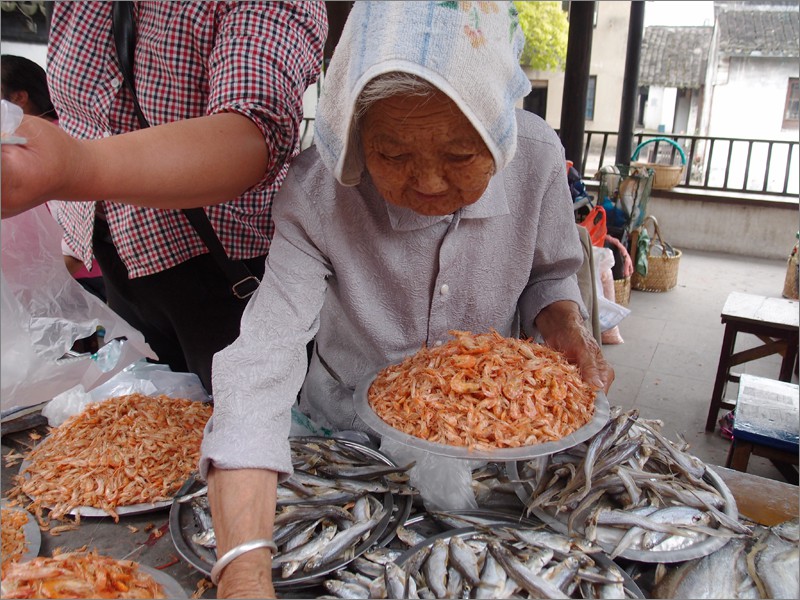 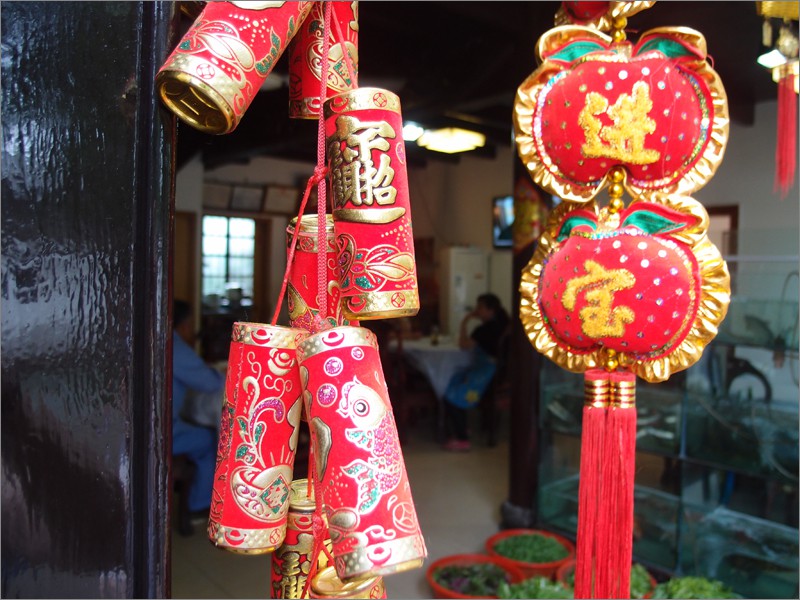 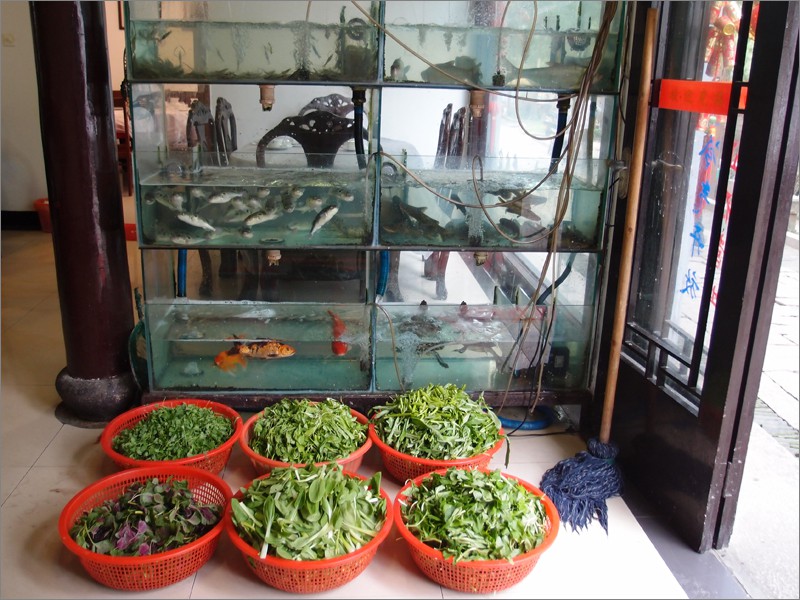 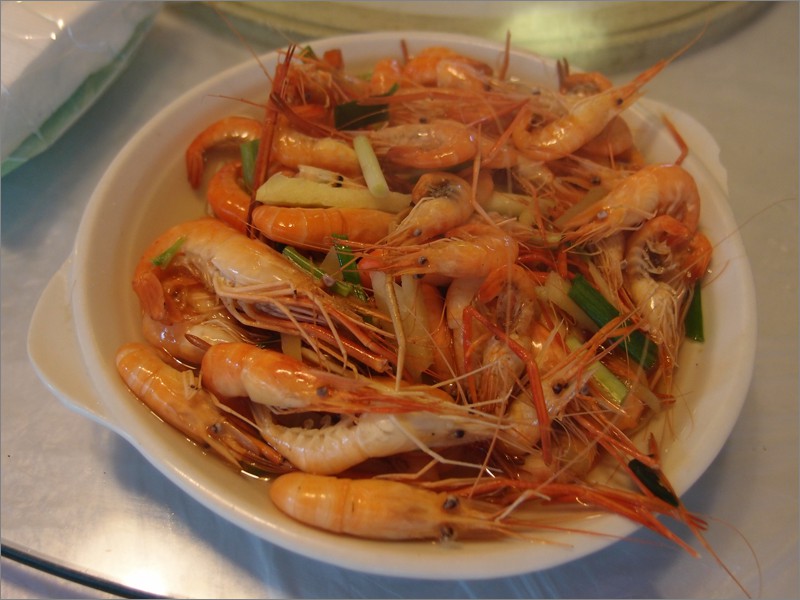 Having seen prawns sold on the street, we were bound to have them for lunch along with the town’s most famous dish, Wansan pork hock and several other local dishes. 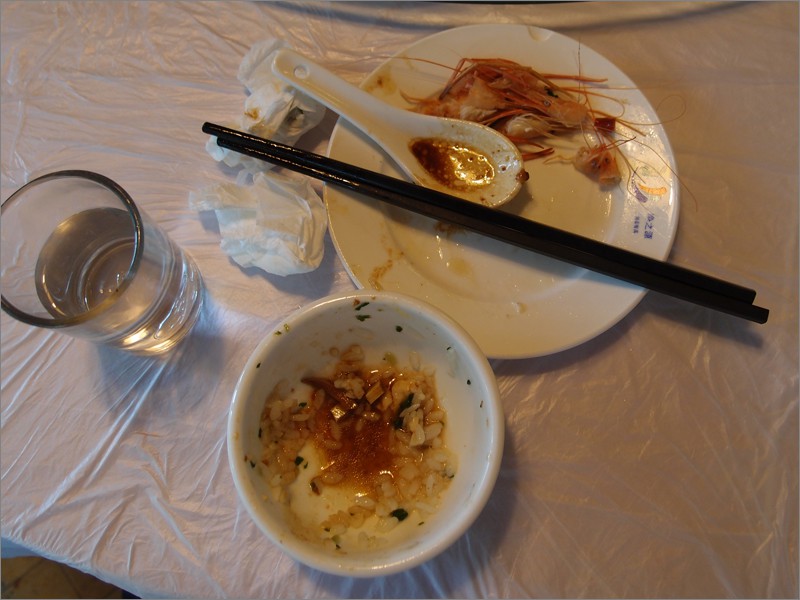 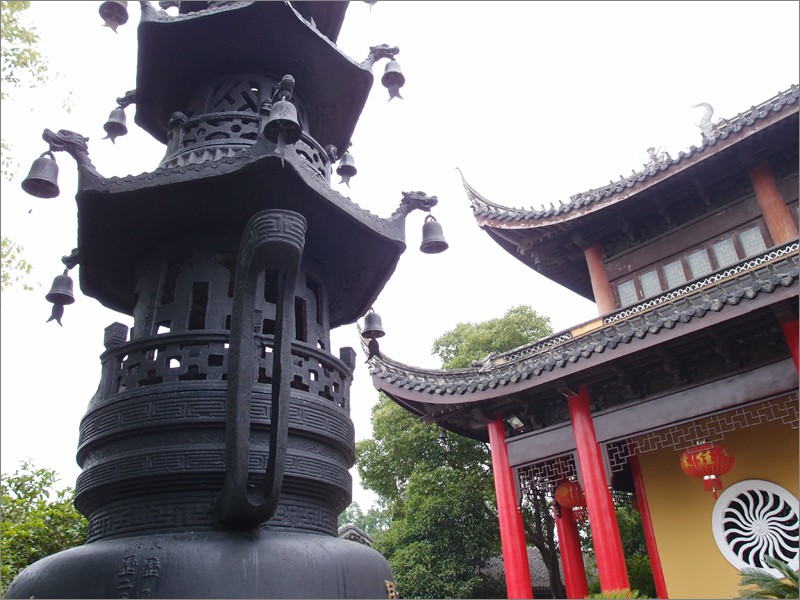 After our English speaking guide left us on our own, we located Quanfu Temple. It was built on land donated by Zhou missionary in 1086 AD. Reconstruction began in 1995 to encourage tourism following the Reform and Opening Up policy. An extensive park of lakes, bridges, and temples are designed to look like a Buddhist kingdom by the river. 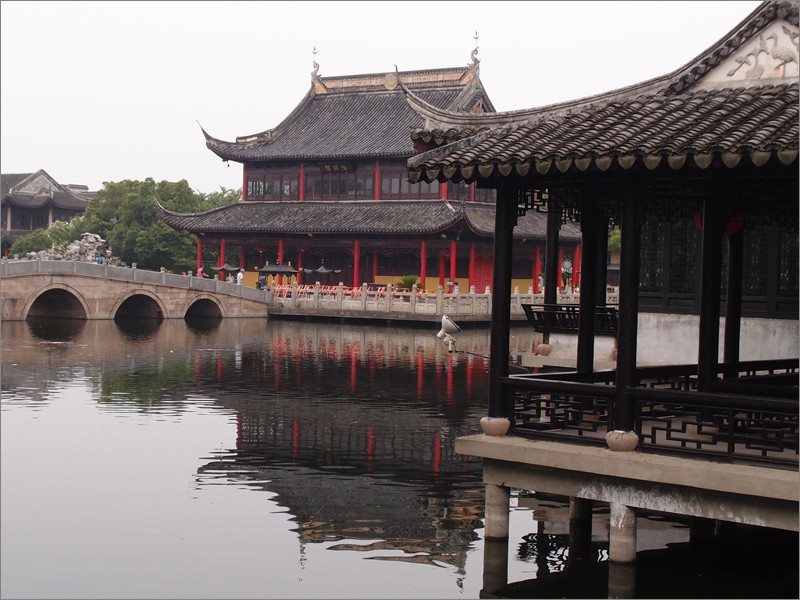 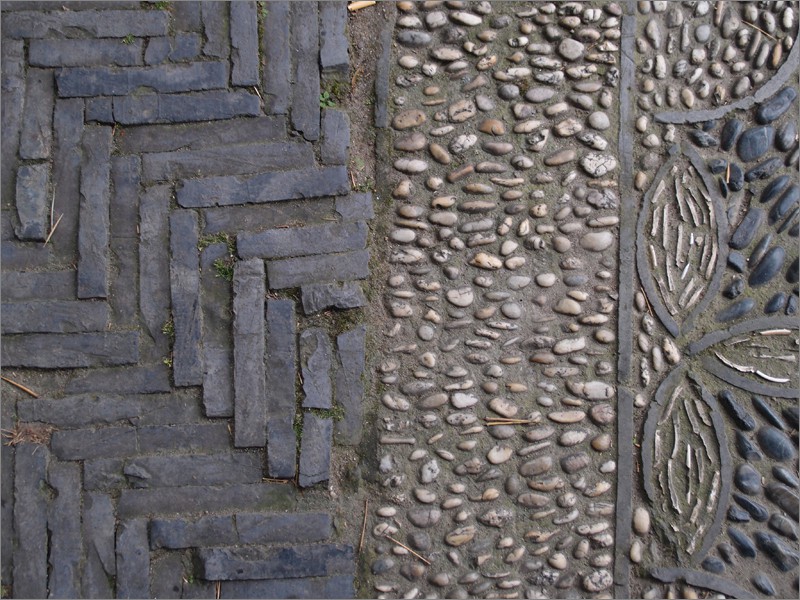 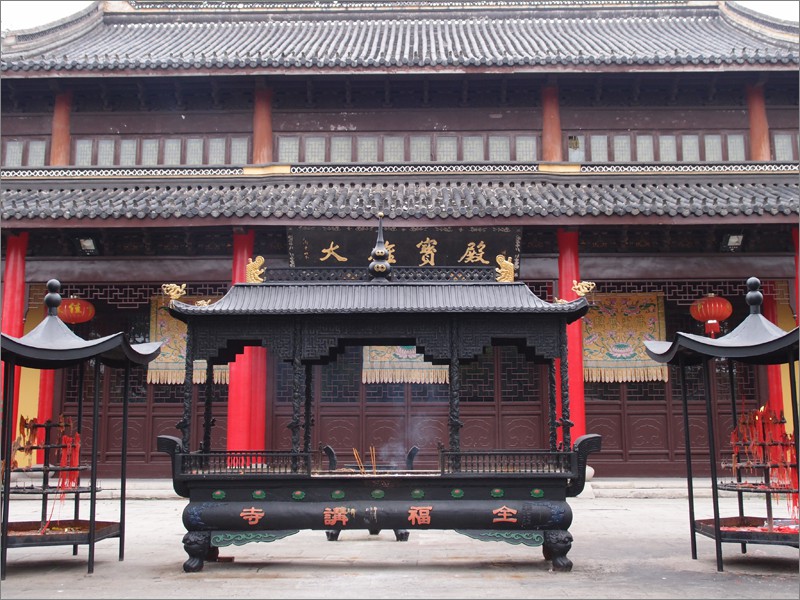 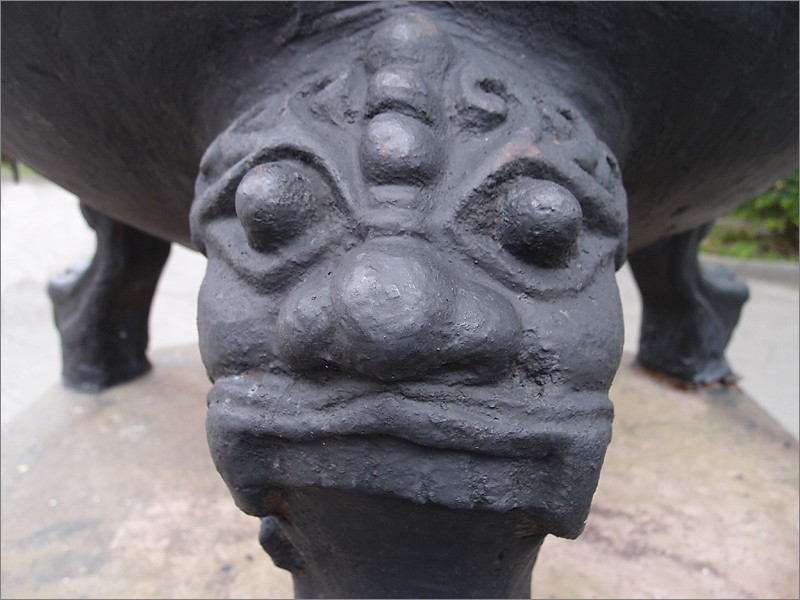 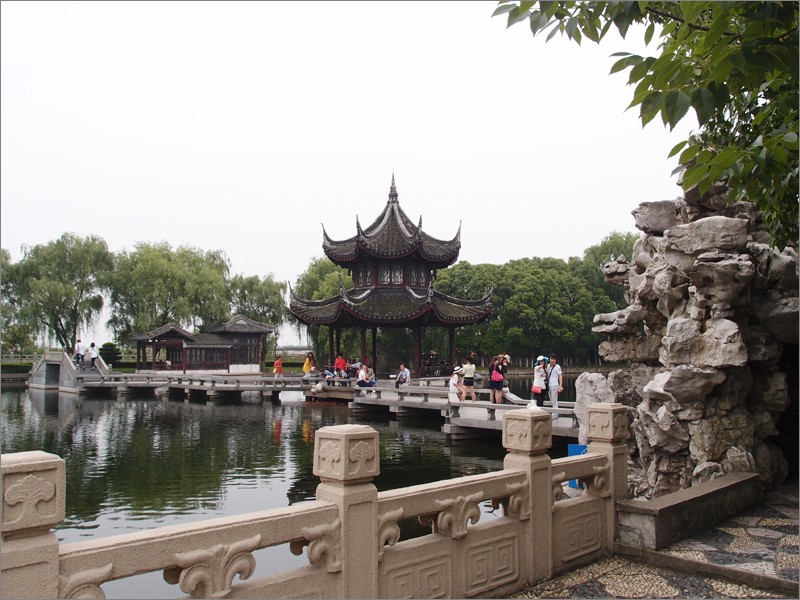 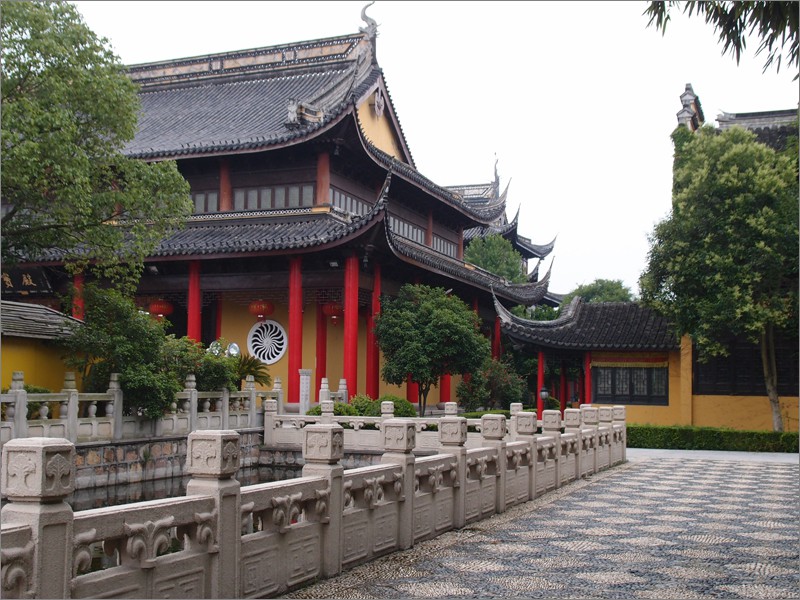 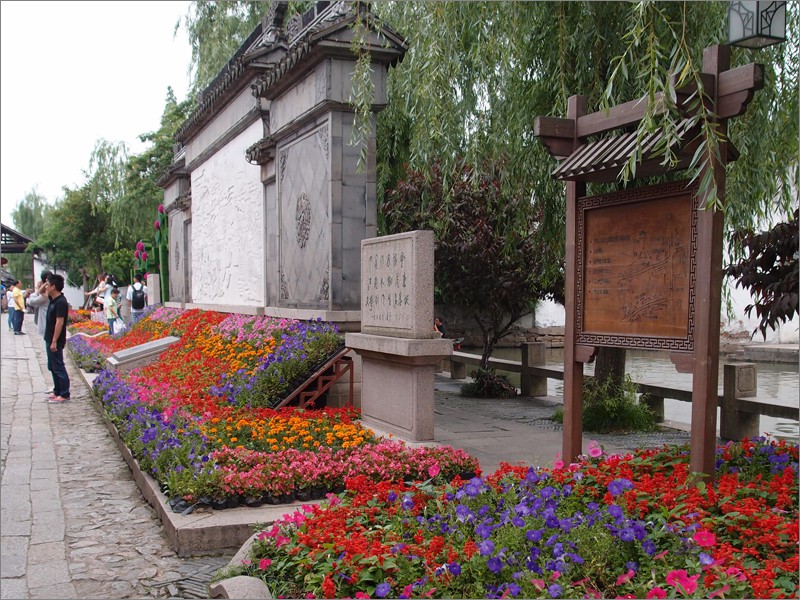 A commercial district outside the tiny old town center has expanded tourism opportunities with wider streets and reproduction buildings to accommodate the increasingly large number of visitors. Apparently we exited through the town entrance. 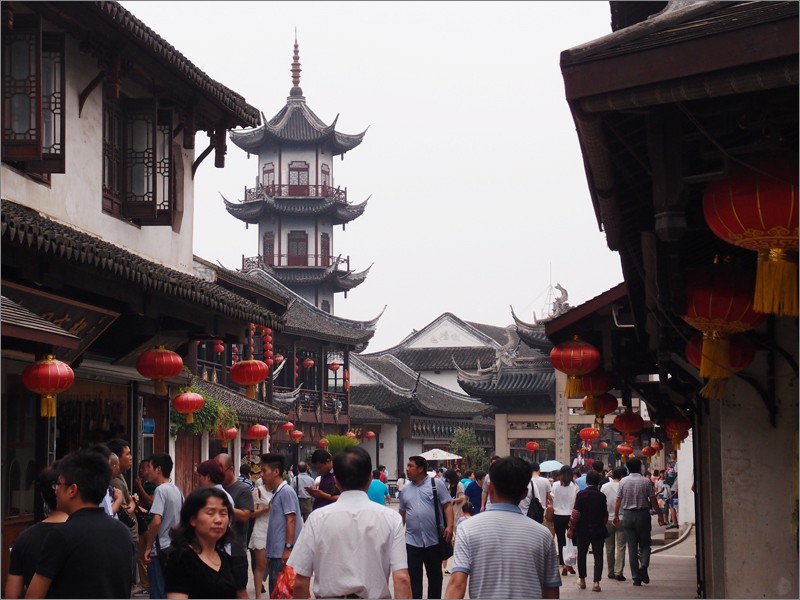 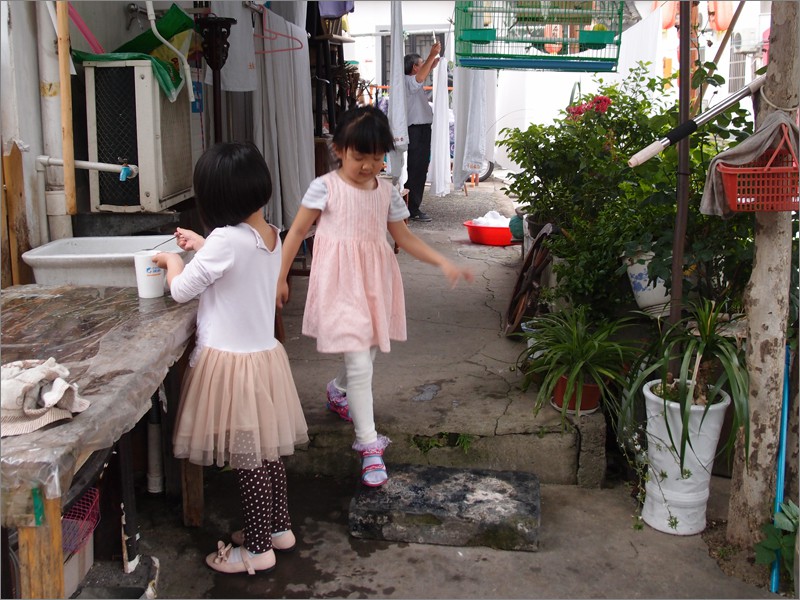 a private home beyond the canal district 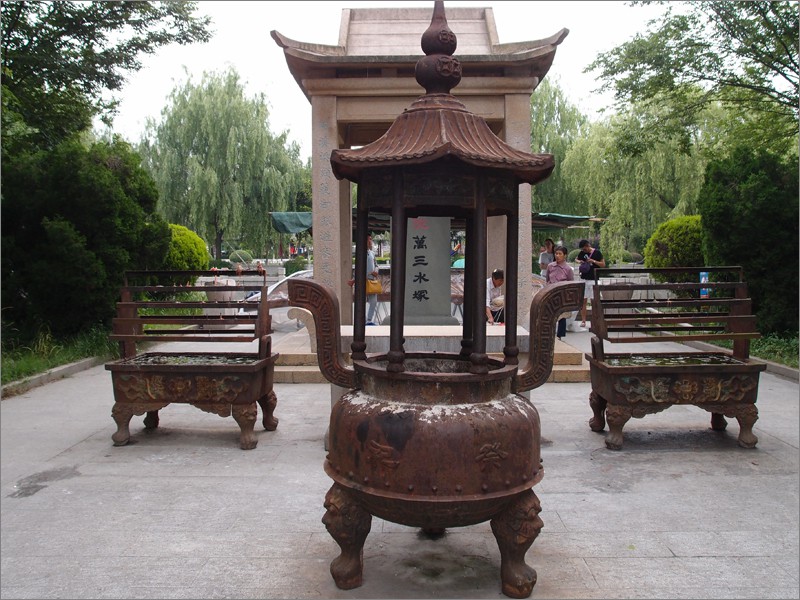