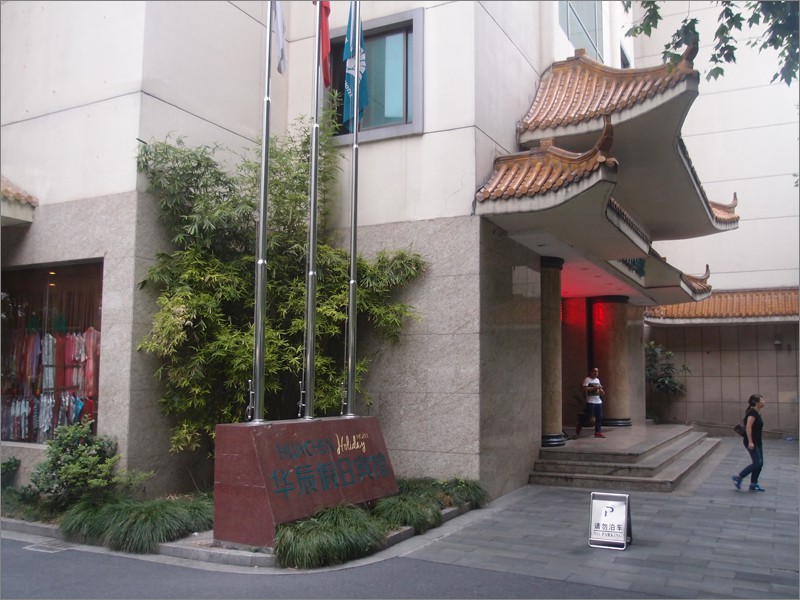 Hangzhou is known as “a paradise on earth” for its picturesque wonders. The threadbare hotel we stayed in must once have been elegant. The broad marble stairway had been roped off. Photographs were prohibited inside. Elena and I shared a spartan room on the second floor. I slept well despite the smell of cigarettes and street noise coming through the window we opened to move the air. My third consecutive day of rising pre-dawn was made easier by the pleasure of getting up from the narrow plank bed. At breakfast with Elena I was surprised to learn that my hosts had gone on a scenic West Lake cruise the night before. Under the auspices of a faculty meeting, they had seen the pagodas, gardens, and temples that are the region’s calling card. They got in late. We waited an hour past the scheduled departure as the last of them straggled onto the bus and fell back asleep. 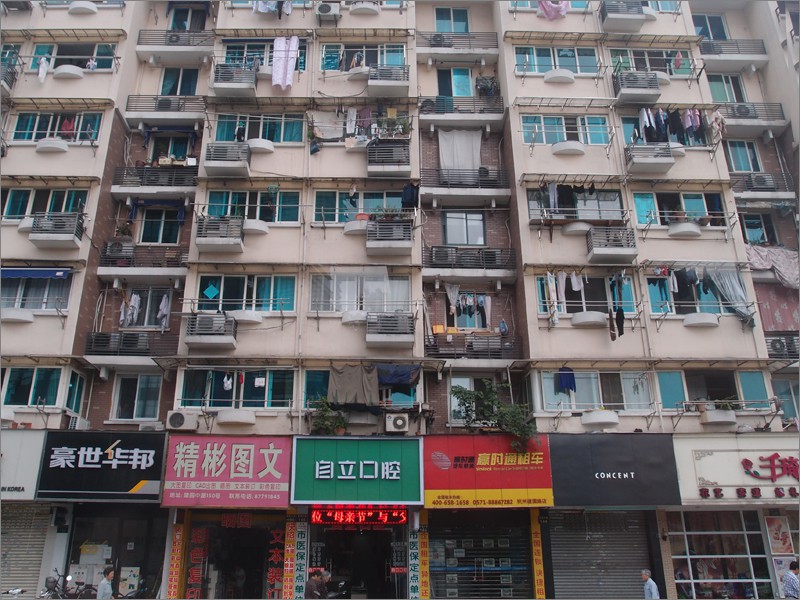 through the bus window leaving Hangzhou 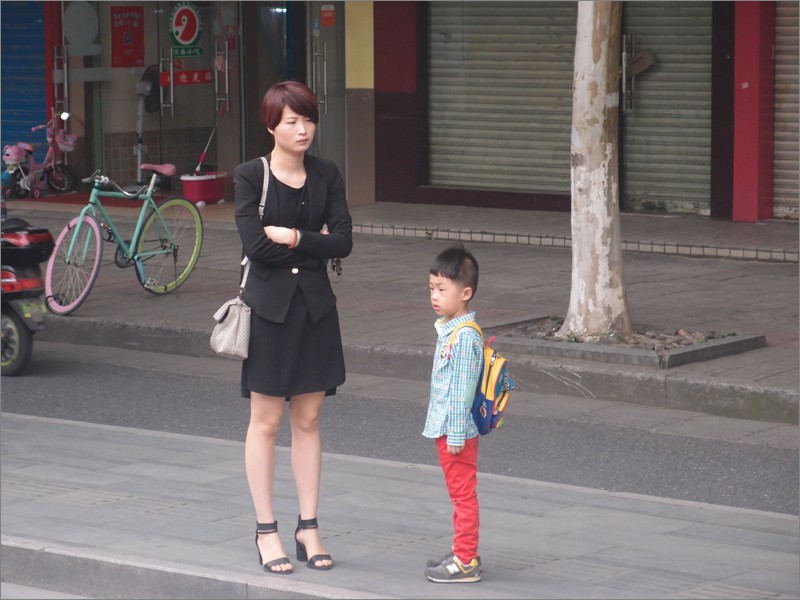 Our first stop leaving Hangzhou was the Liangzhu Museum, a ninety minute drive from downtown. The exhibitions are installed in a modernist building of travertine stone, completed in 2007, designed by David Chipperfield Architects. Life size dioramas recreate Neolithic life of China’s greatest city. Archaeological excavations around West Lake have produced a stunning collection of jade artifacts, coins, tools, pots, jewelry, clothing, and revealed the ancient city wall. We entered through a series of stone arched courtyards and were transported 5,000 years back in time. 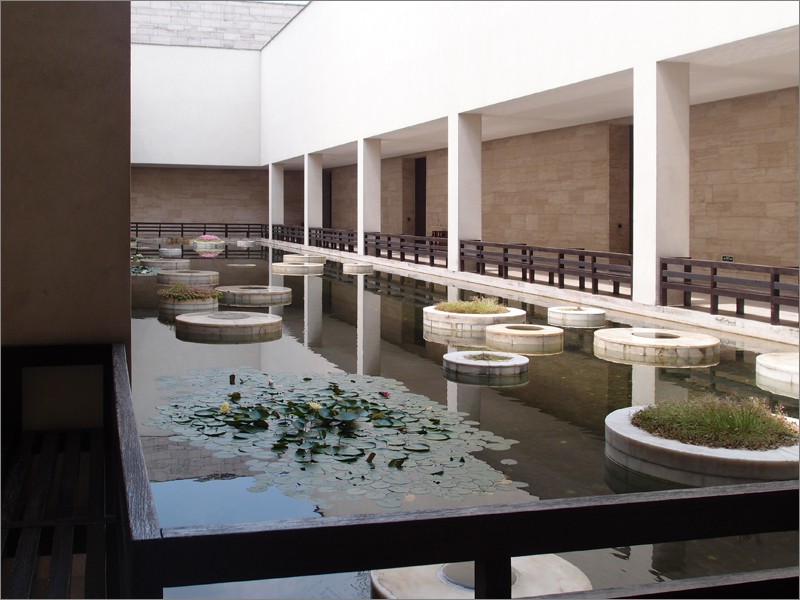 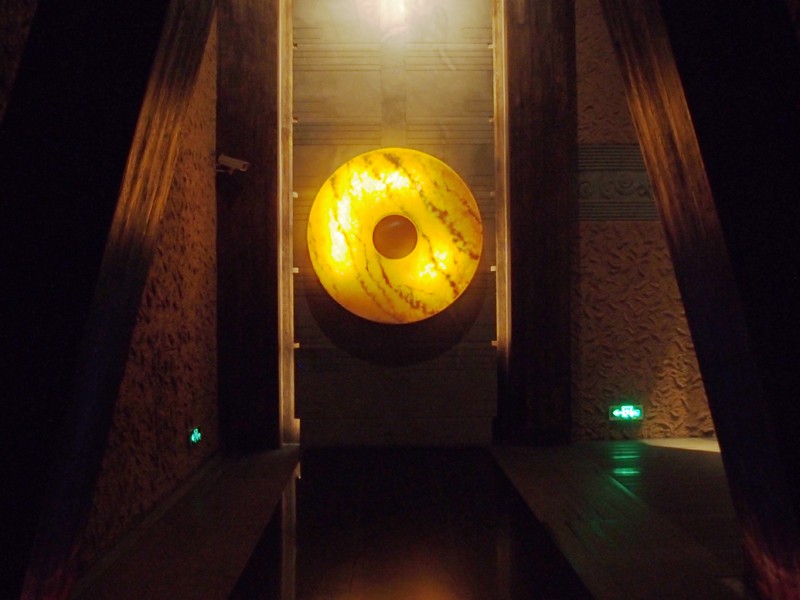 The entry hall features an enlarged model of a bi, the intricately carved flat jade disk with a circular hole in the middle, that are found in large numbers in settlement sites around Hangzhou, dating from 3,000 BC. 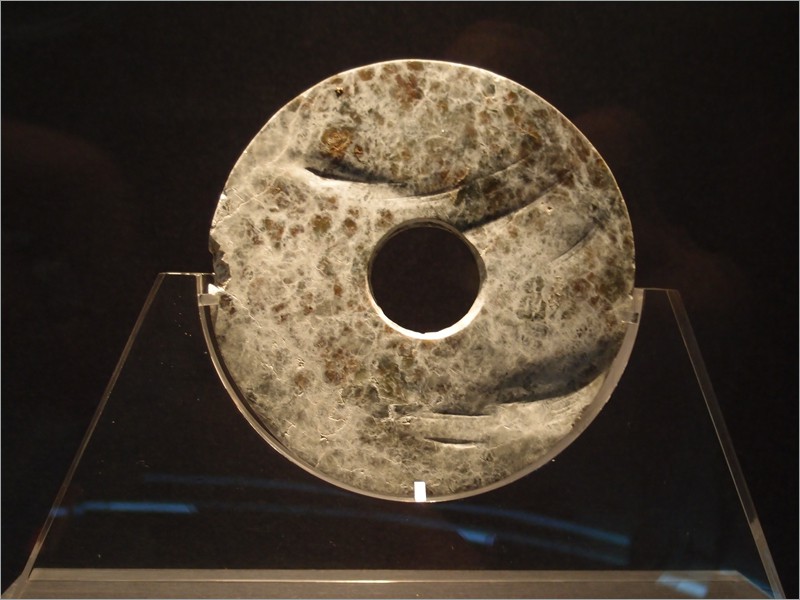 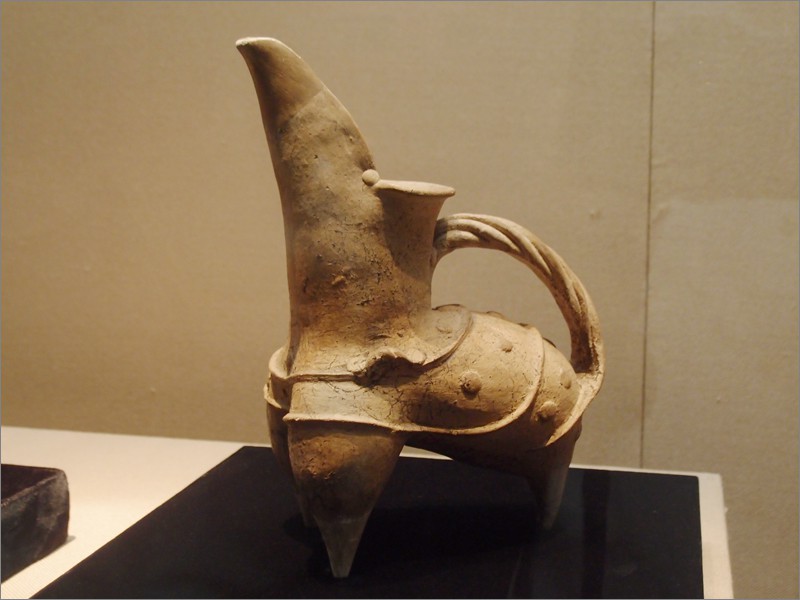 painting, sculpture, ceramics, textiles, and theatrical skills of contemporary Chinese artists are demonstrated throughout the museum in life size dioramas and murals 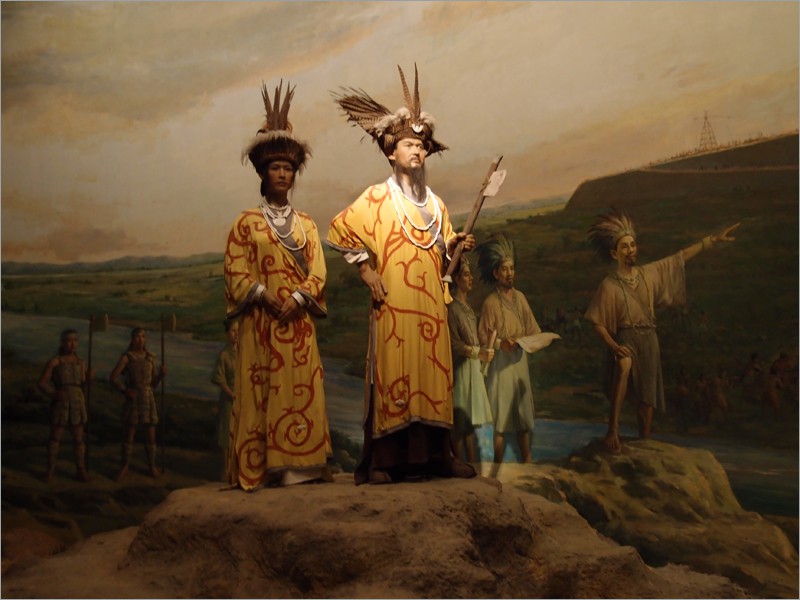 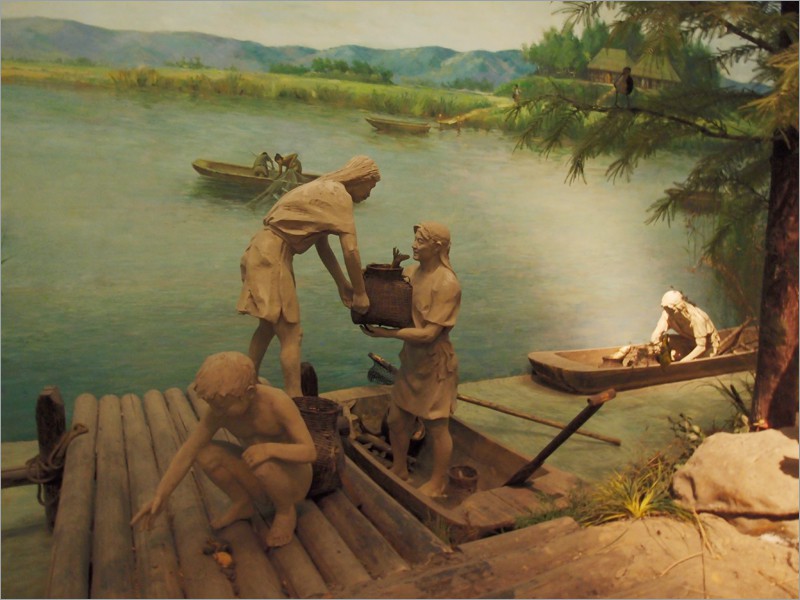 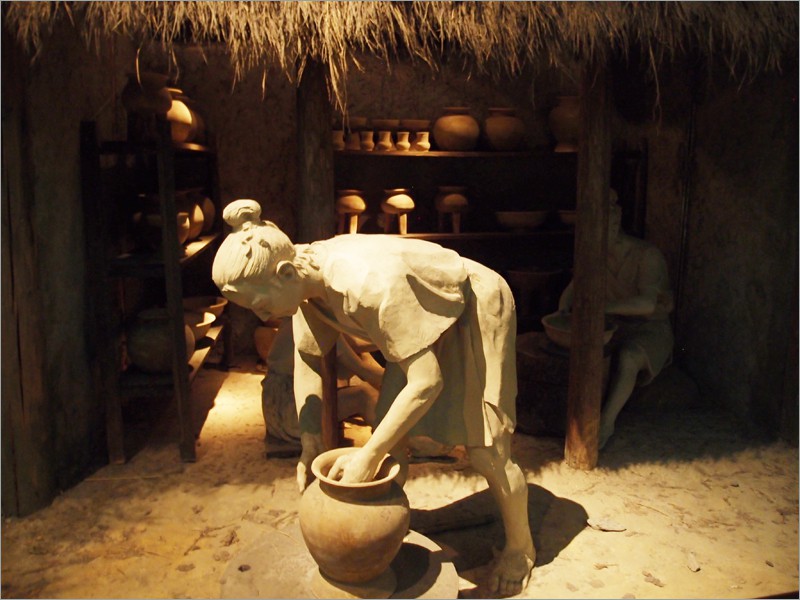 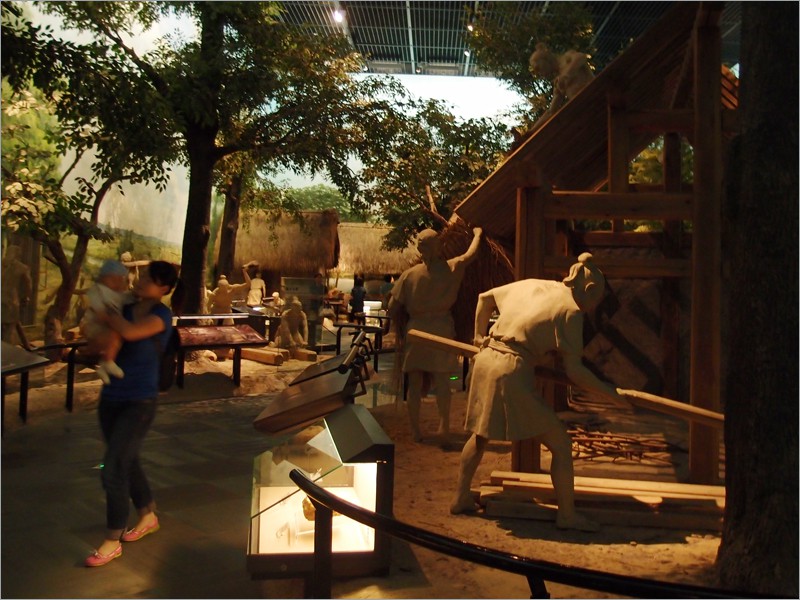 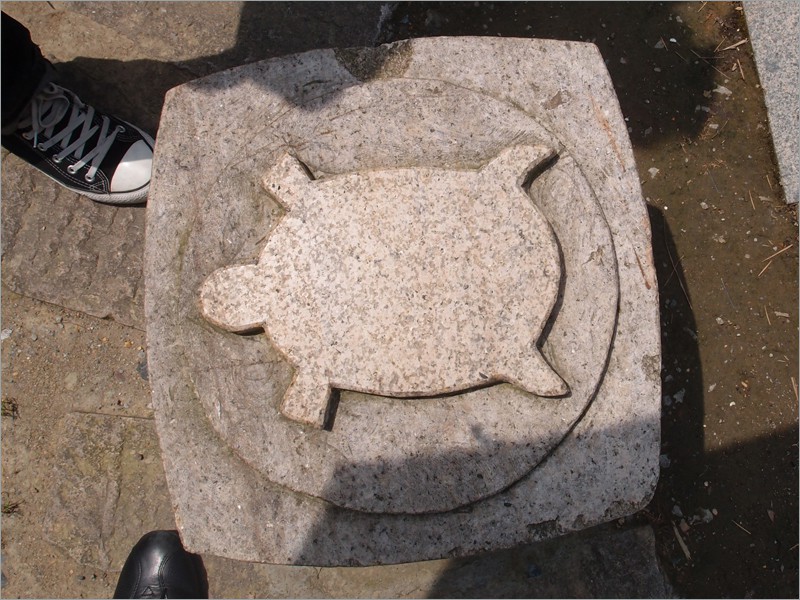 Two hours would have been a good amount of time to see this museum. We were given thirty minutes. After rushing through the exhibits, a few of us waited at the bus half an hour for the same stragglers who had been an hour late leaving the hotel. Except for taxis to and from the university, the two day Hangzhou trip was completely free, given to me as a gift. It was full of experiences I would not have had on my own. However, having set my own agenda for a month in Beijing, the dictates of the bus trip began to chafe. 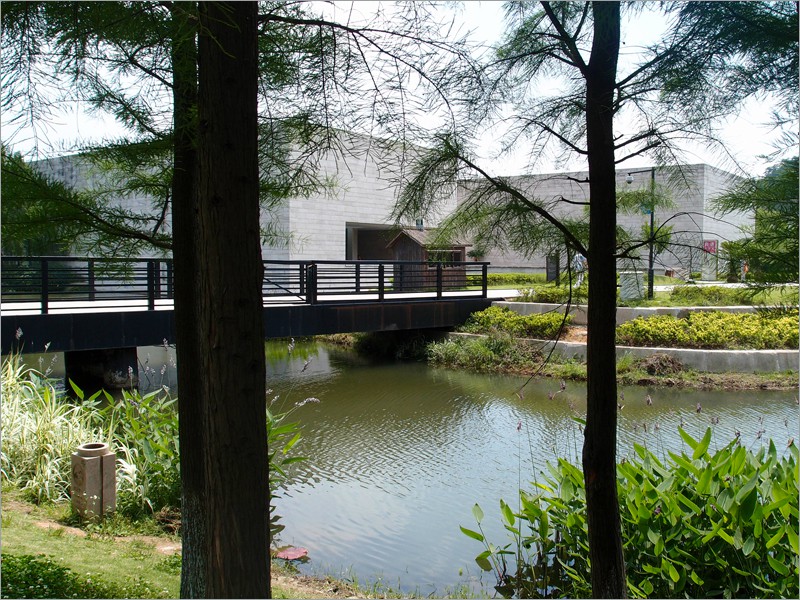