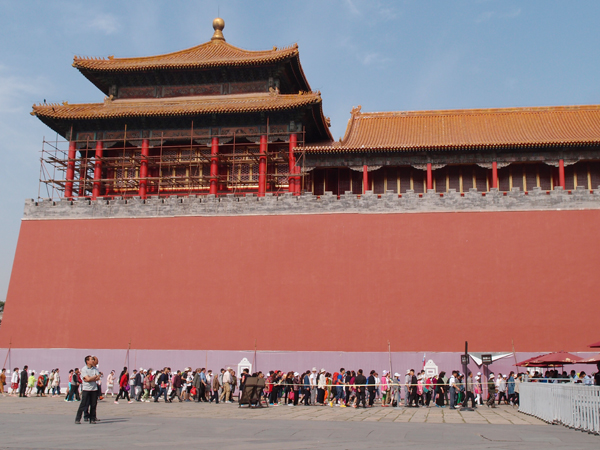 So far in photographs of Beijing I have minimized the presence of people at popular sites. That is not possible at the Palace Museum, commonly called Forbidden City. It is the first listing in every tourist guide book and travel website and always crowded. Beginning this month, the daily visitor count will be limited to 80,000 people per day. As many as 122,000 have crushed through on a single day in 2010, although maximum capacity is recommended to be 60,000 per day. It was only three months ago that blaring tour-guide megaphones were banned. A little less mobbed are the smaller scale east and west side halls, residences, and museums that require additional time and entrance fees after the central corridor of throne rooms have been seen.

I visited as many sites as possible in Beijing prior to Forbidden City, in part to have a context for the historical central seat of power, in part to avoid the tension of security forces in the area of Tiananmen and Great Hall of the People. Clusters of police units, barriers, feeder mazes, guns, radios, surveillance cameras, and bag screening check points predominate. It seems like a place that would be easy to make a mistake of international proportions. As it turns out, that’s what happened five days before my visit. (Palace Museum Nude Photo Shoot.)

Well before this I had run out of ways to say “enormous” to describe the size of architectural and garden wonders in Beijing. However, the intimate garden of pavilions at the north gate, the last stop before the exit, was not designed for the masses. The trees and stones are being destroyed by constant touching next to multilingual signs that say ‘Do Not Touch’. Trash cans overflow with food wrappers. People smoke cigarettes in hidden corners of the tinderbox maze of outdoor rooms. There are not enough guards to protect it. It should be closed to general ticket access with only small groups allowed in at a time. As a backdrop for holiday photos, it is being loved to death. 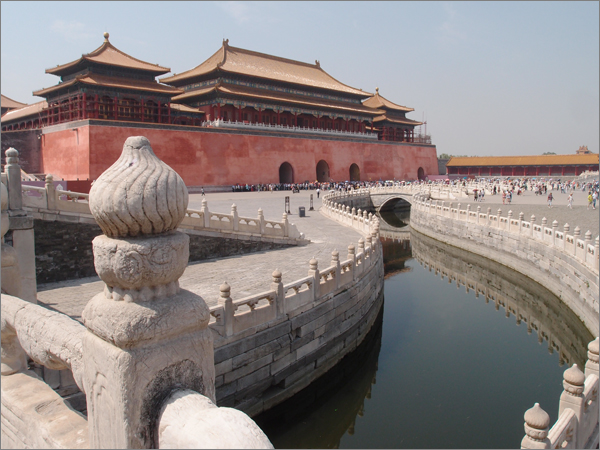 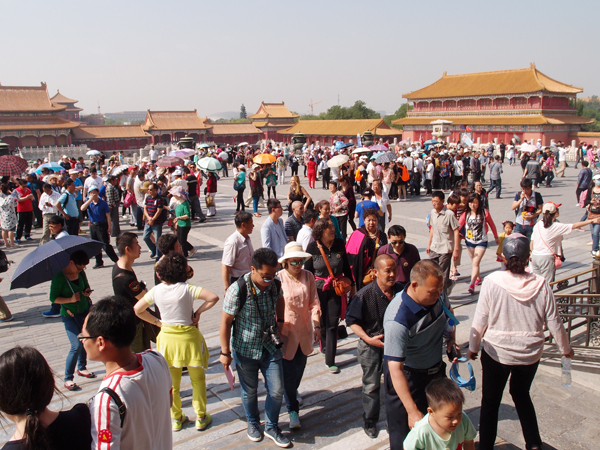 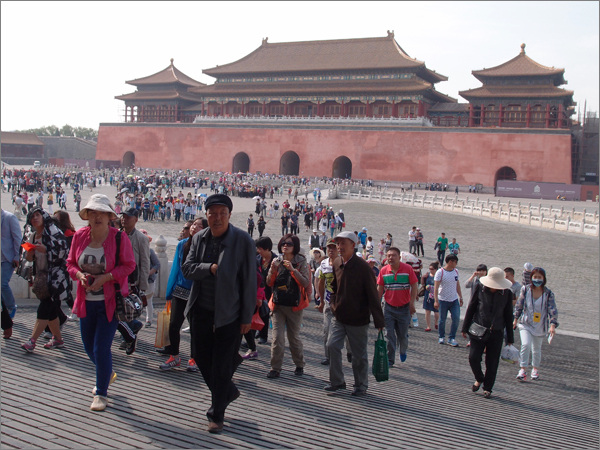 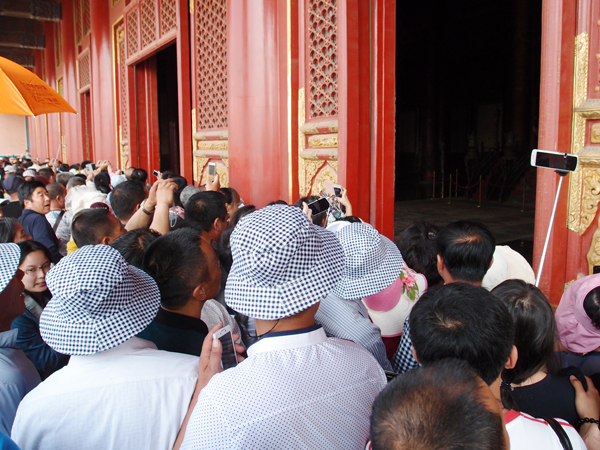 crush of people trying to see inside a throne room 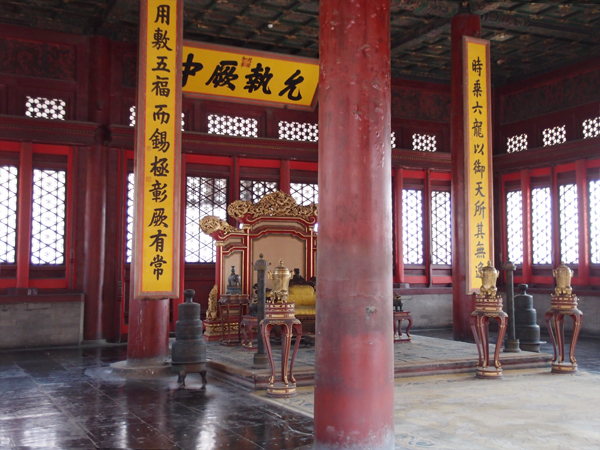 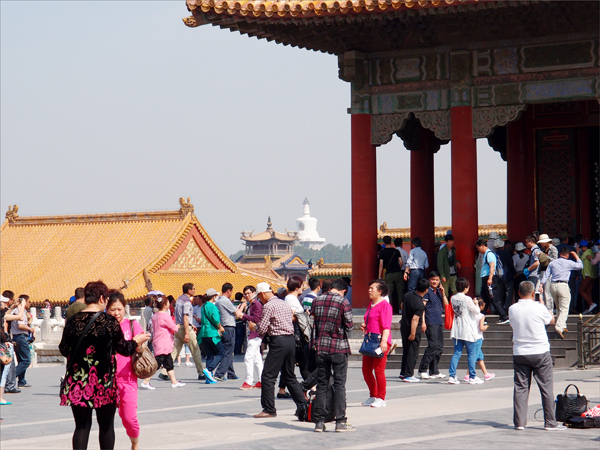 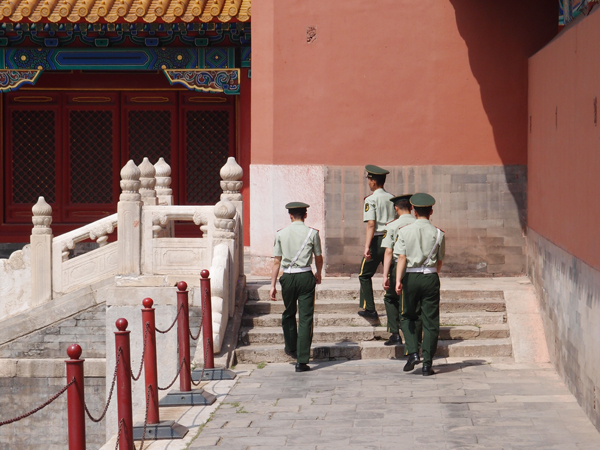 guards patrolling where they are not needed 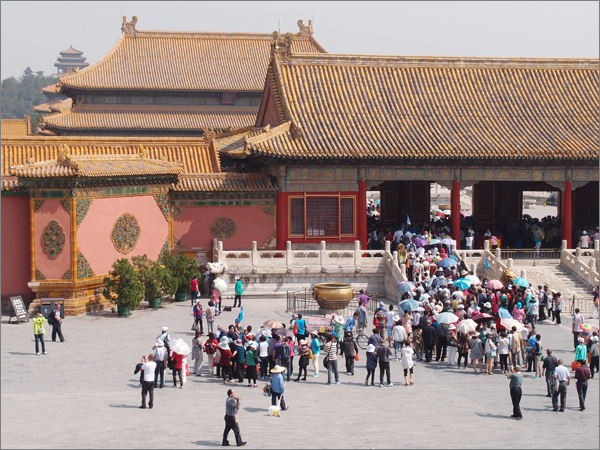 Jingshan Park on the hill north of Forbidden City 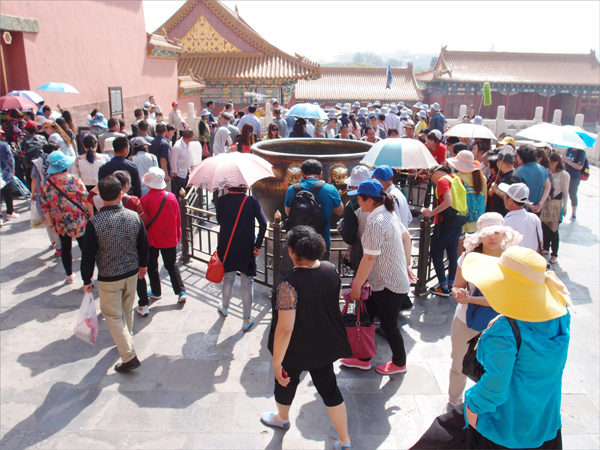 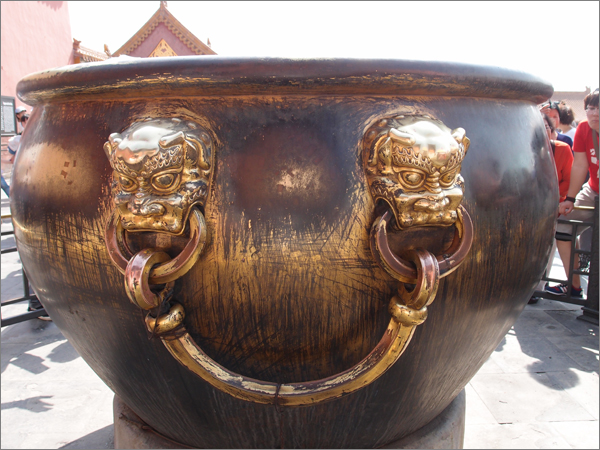 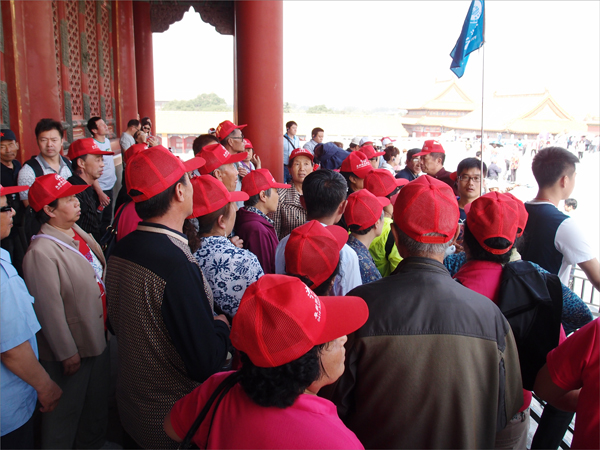 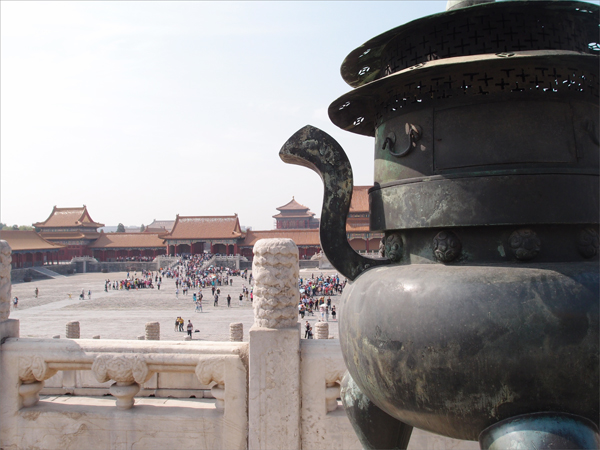 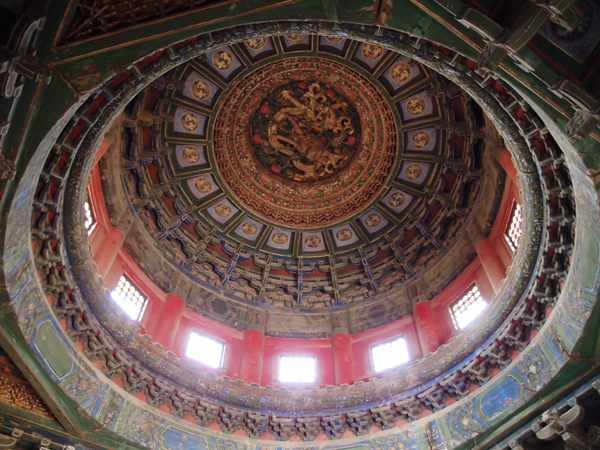 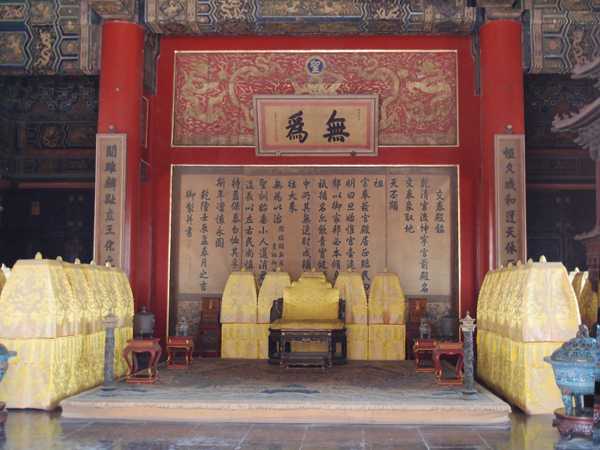 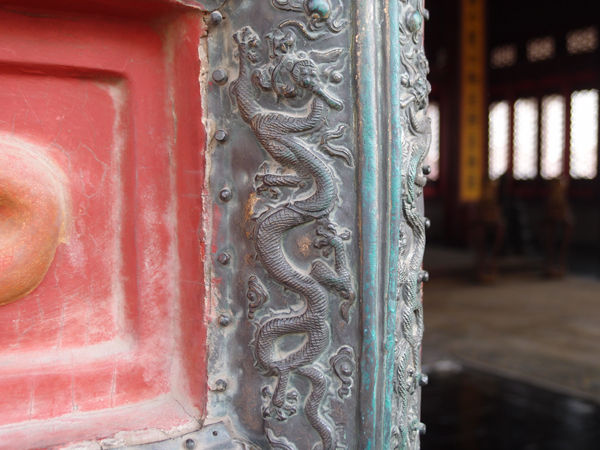 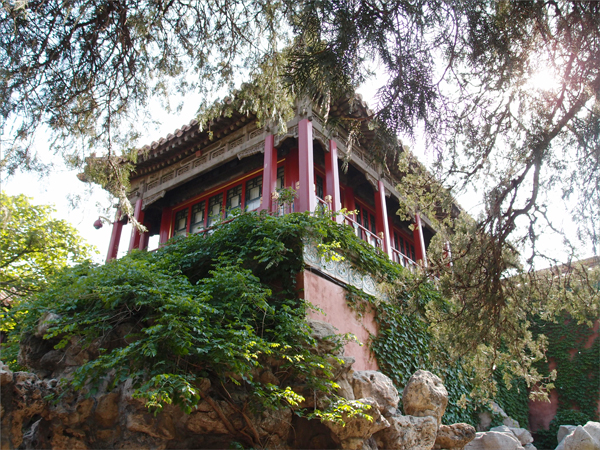 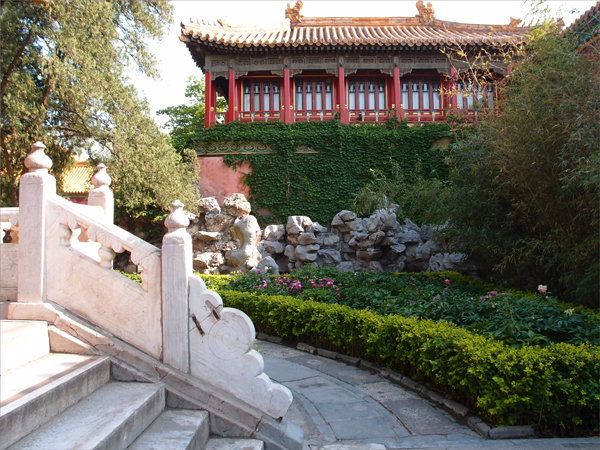 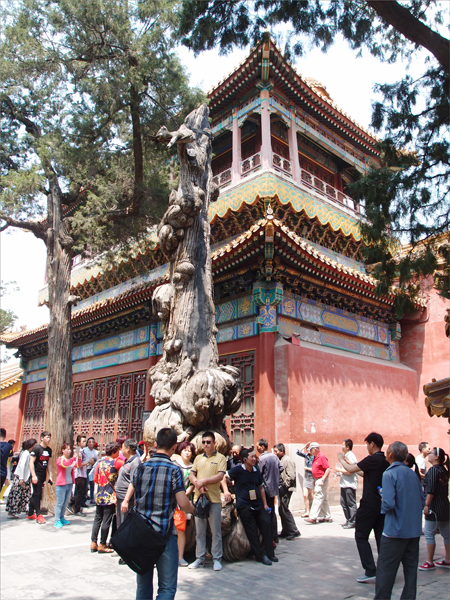 leaning against dead cypress to pose for photos 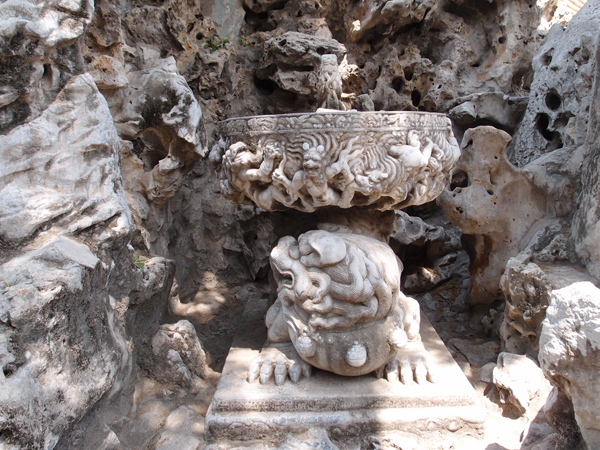 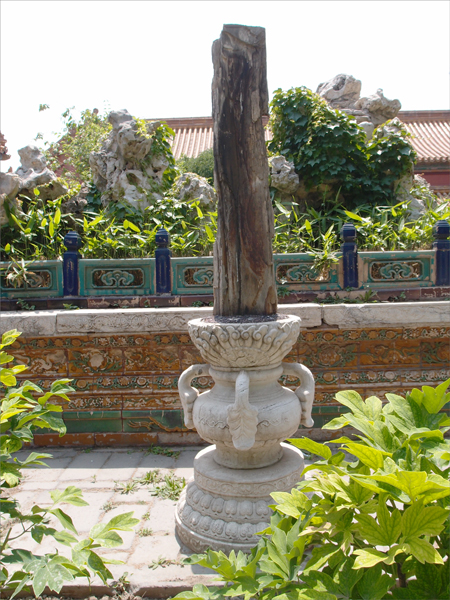 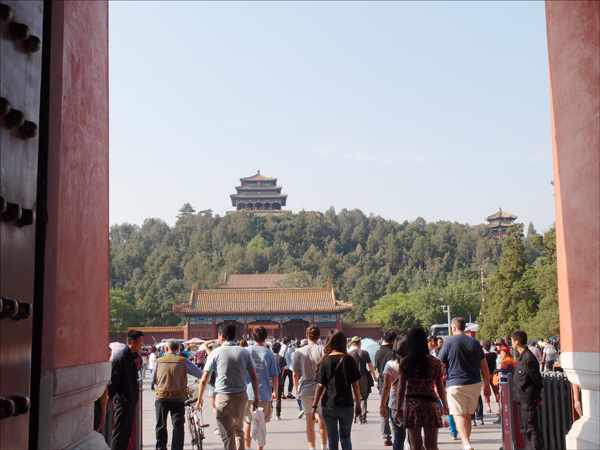 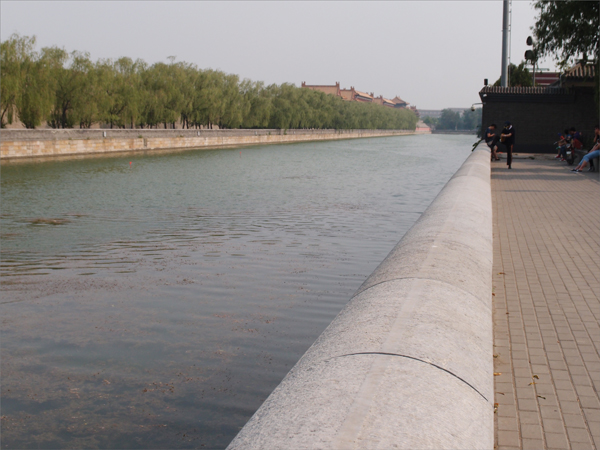 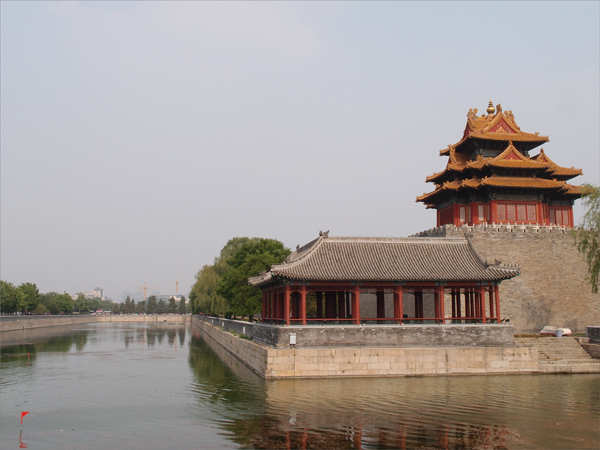