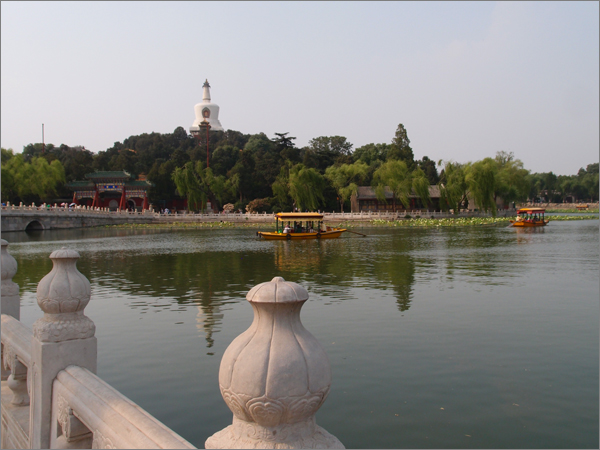 Imperial gardens, temples, and pavilions of the 171 acre Beihai Park began to be built in 1163 AD. Located on one of three interconnected lakes adjacent to Imperial City in the center of Beijing, it has been a public park since 1925. People spend summer afternoons playing music, reading newspapers, strolling, and boating. The earthquake ravaged but still standing Tibetan Buddhist White Dagoba, original construction 1651, is on the central island of Qionghuadao, Jade Flower Island. It can be seen like a beacon from many surrounding locations in the city. 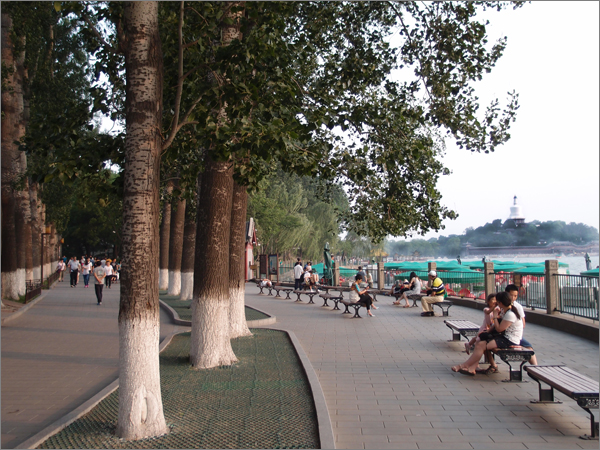 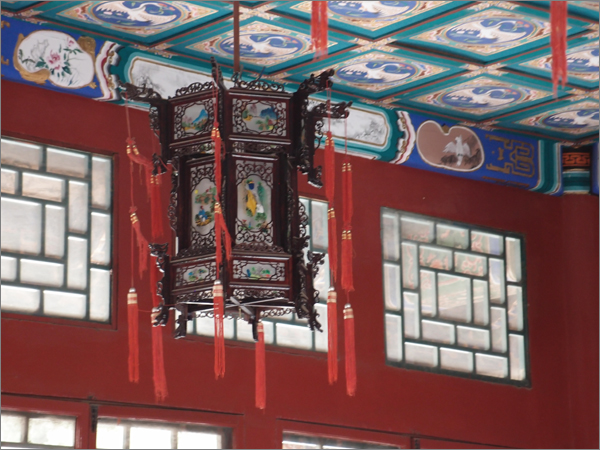 After emigrating with her family from Shanghai in 1949 in advance of the Communist takeover, Joyce Chen popularized northern-style Chinese cuisine in the United States. Her restaurant in Cambridge, Mass gave away miniature versions of this style of lantern (above) to customers and children in the 1960s, where my family frequently ate and where I learned to use chop sticks. 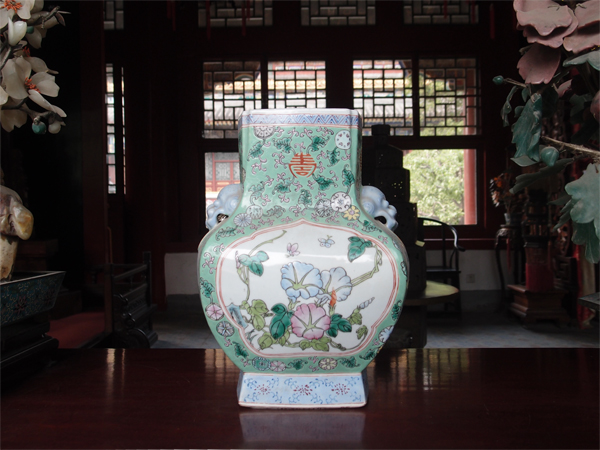 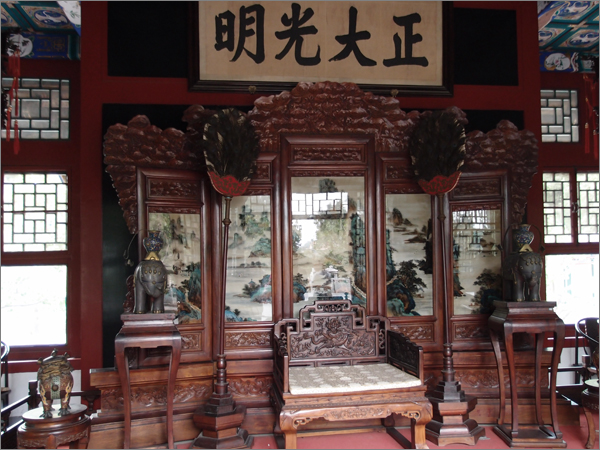 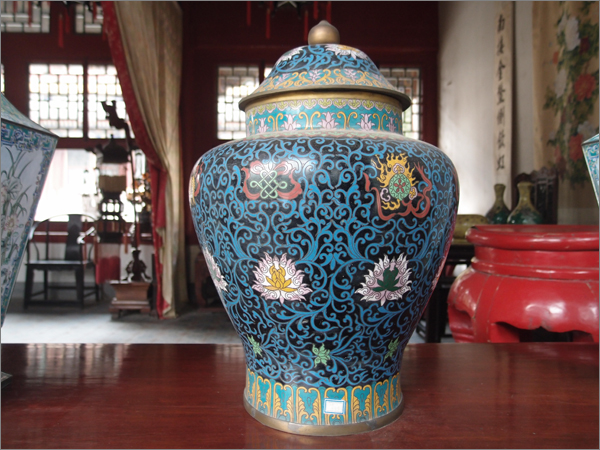 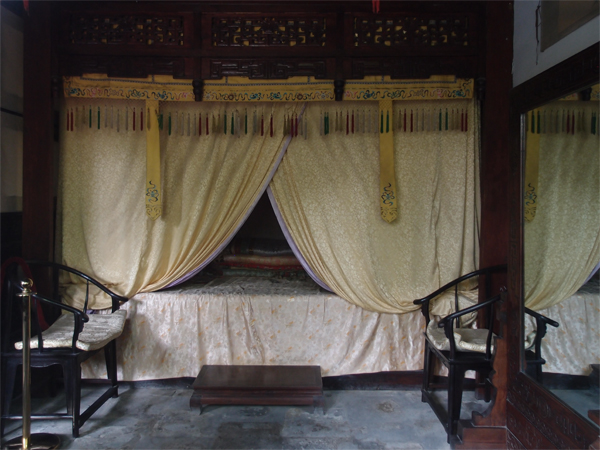 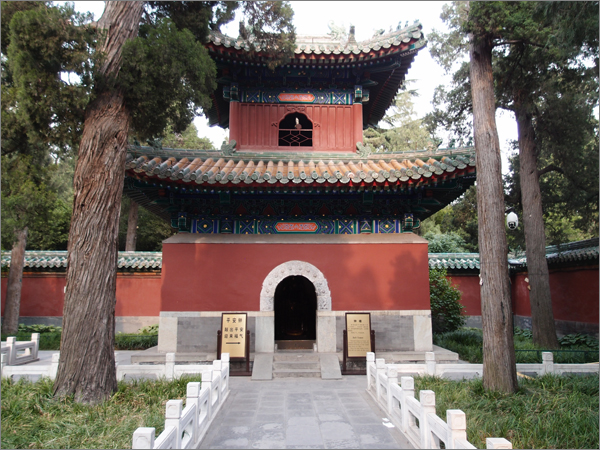 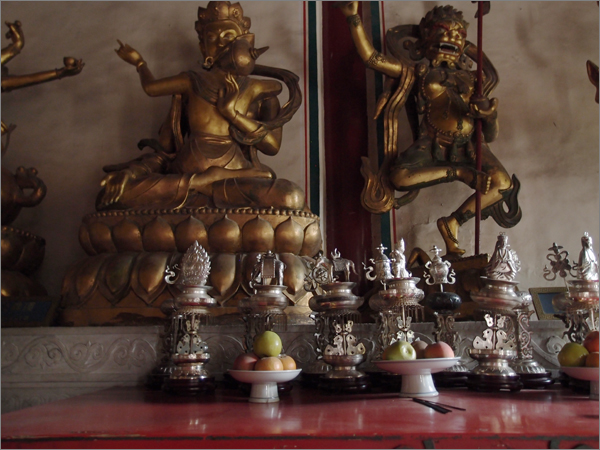 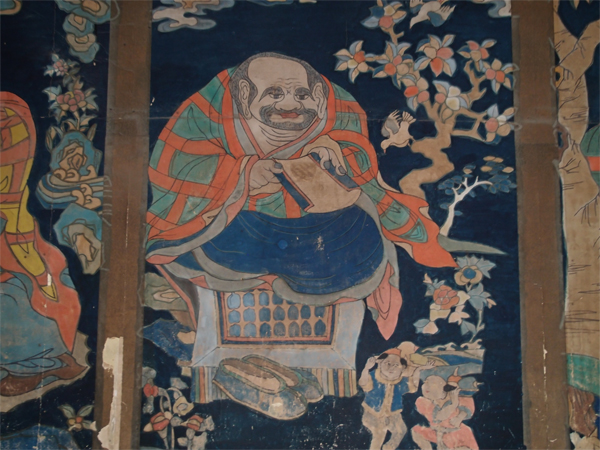 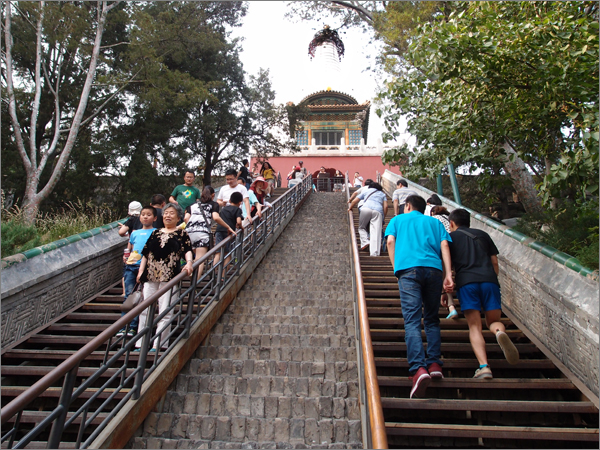 climbing the stairway to stupa 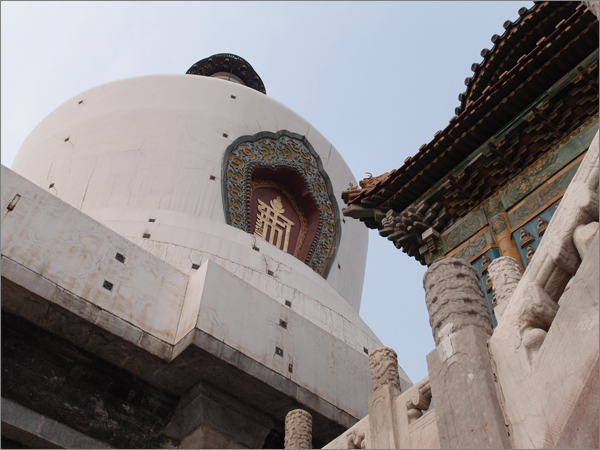 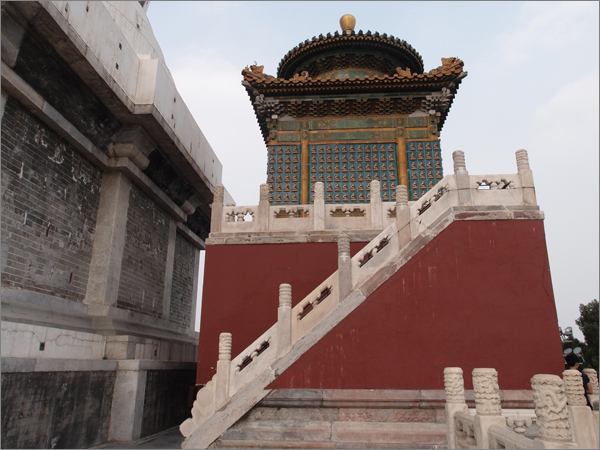 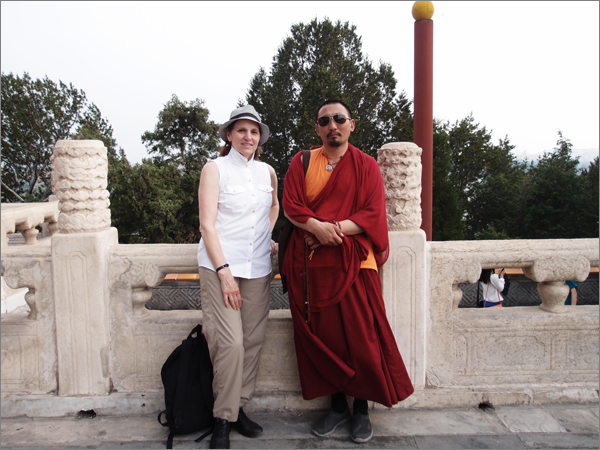 I was surprised and honored when a Tibetan monk touring the dagoba indicated his colleague wanted a photograph with me. No arms draped around each other this time. Despite the usual absence of common language, the delightfully friendly assistant let me photograph him before he ran to catch up with his straight-faced boss who had initiated the transaction. 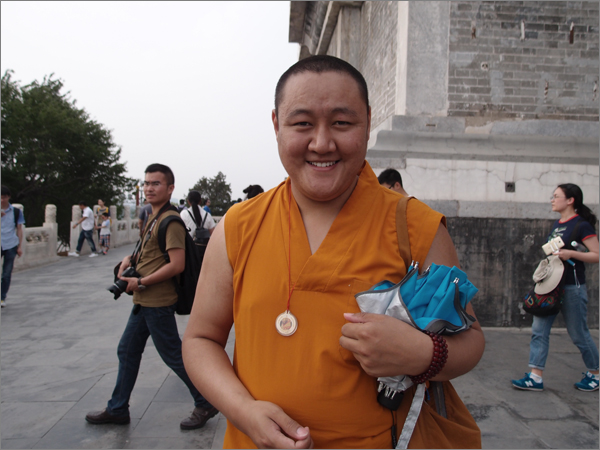 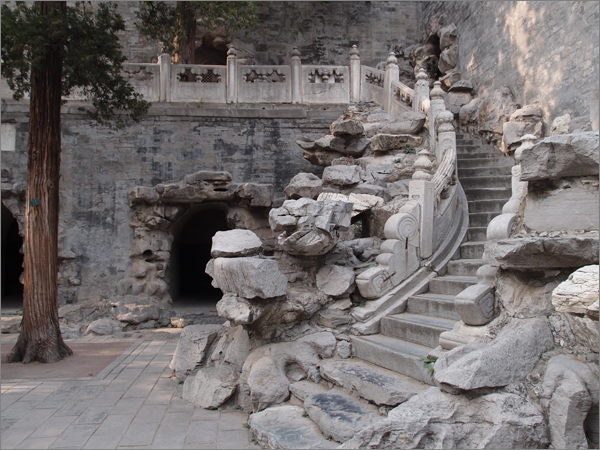 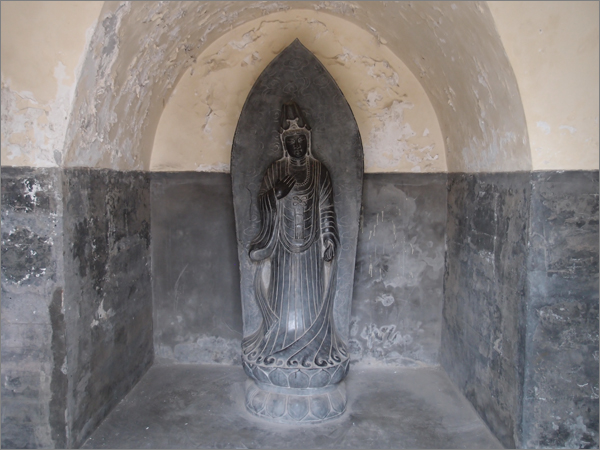 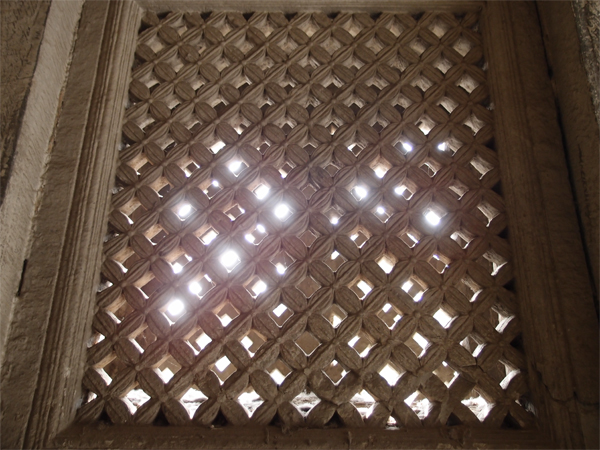 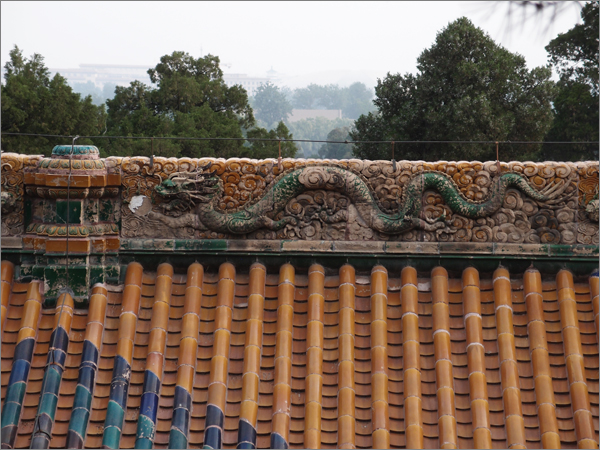 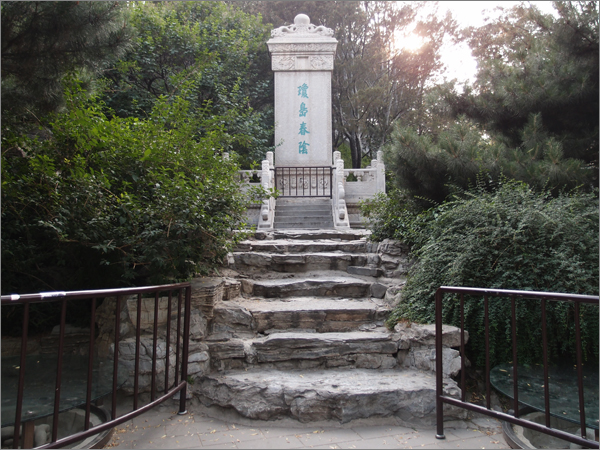 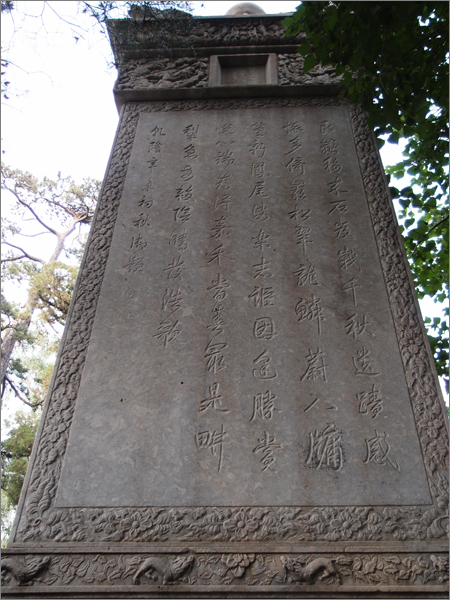 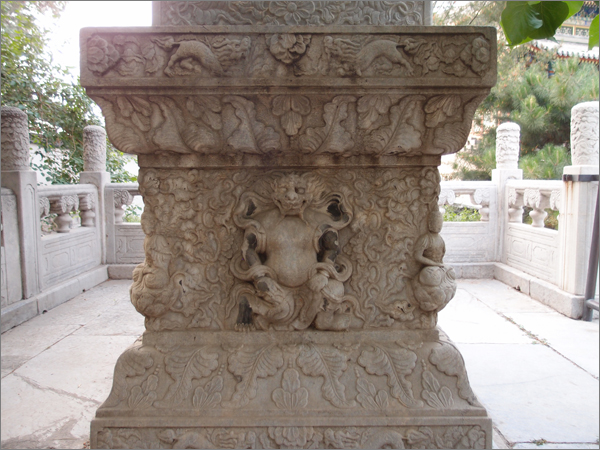 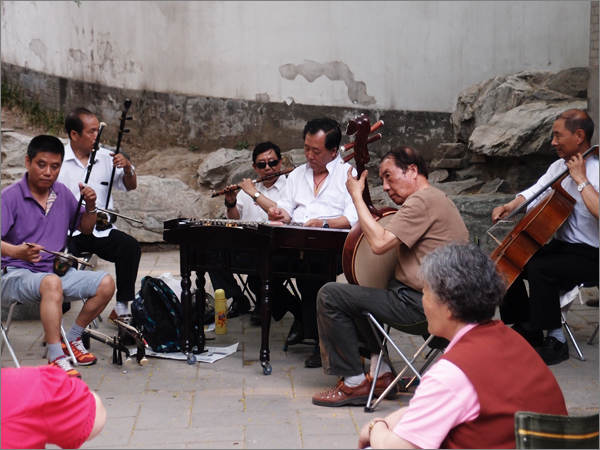 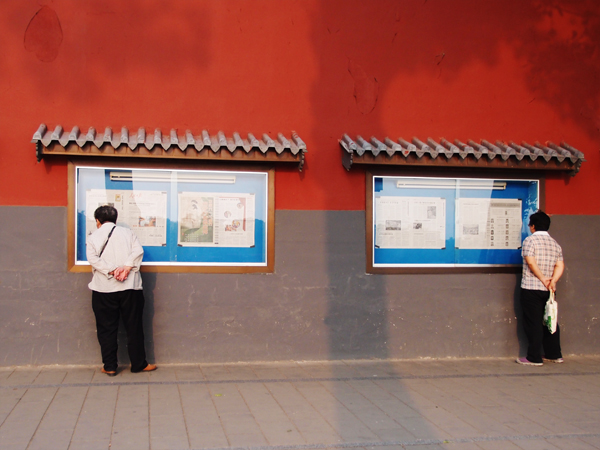 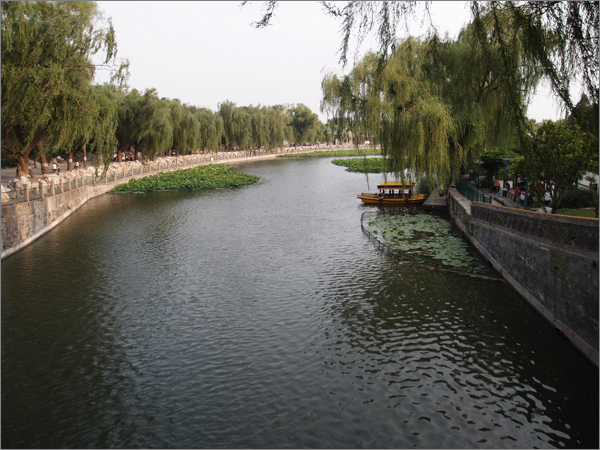 Beihai Park, one of the oldest and best preserved former imperial gardens in the world