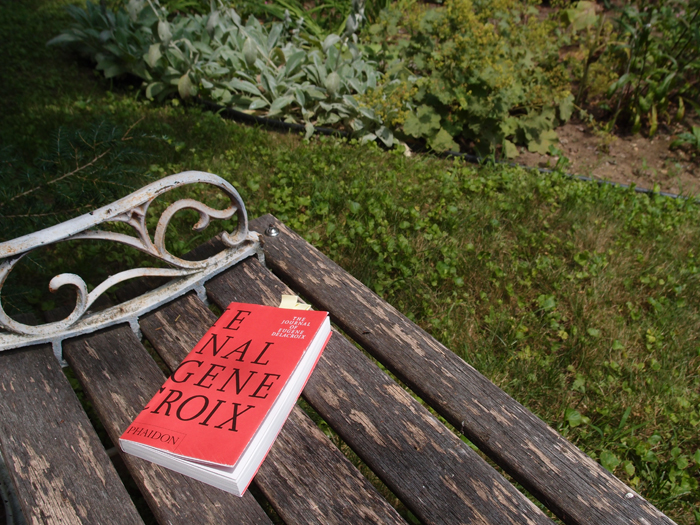 The Journal of Eugene Delacroix

20 February 1847
We both exclaimed in admiration of Géricault’s great talent.  What power a great nature can draw from itself!  This is a fresh argument against the foolishness of resisting one’s instinct and modelling oneself upon other people.

2 May 1847
Martin, my old pupil, and a perfect fool of a man, has come back from Italy quite swollen with all that he’s seen, and even stupider as a result of it.  A flat and boring day; no work done; an utterly empty mind.

11 February 1849
The Prince complimented Ingres on his fine picture Les Capuchins, which is actually by Granet.  When Napoleon added that the picture was in his own possession, Ingre’s face, as he swallowed this pill, was a perfect study!

7 April 1849
The fact of the matter is, that true science is not what we usually mean by that word — not, that is to say, a part of knowledge quite separate from art. No, science, as regarded and demonstrated by a man like Chopin, is art itself, but on the other hand, art is not what the vulgar believe it to be, a vague inspiration coming from nowhere, moving at random, and portraying merely the picturesque, external side of things. It is pure reason, embellished by genius, but following a set course and bound by higher laws. . . .

Those men, who are so taken up with style that they put it before everything else, prefer to be stupid rather than not to appear serious.  Apply this to Ingres and his school.

14 July 1850
(while occupied with necessities of housing, doctors, and correspondence)
The majority of human beings live lives of this kind, but as most are ignorant of the life of the mind they feel no deprivation in the limbo where they vegetate, more akin to the animals than to men.