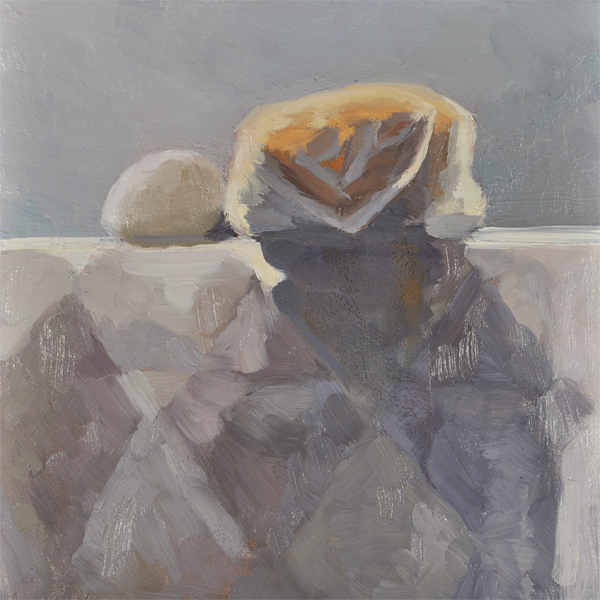 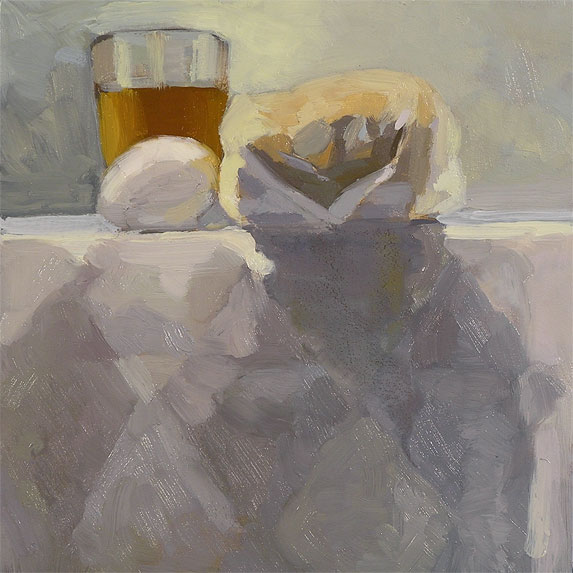 I prefer to paint “alla prima” — all at once, but recently I have been making changes to paintings without altering the basic structure.

The painting above was repainted in the top third to change the color relationships between the background, objects, and cloth. The glass felt too close to the edge so it was removed. I liked the glass and the first egg, but they were sacrificed for to see if the the color and atmosphere could be better. The first photograph was made before the new camera arrived with its more complex light meter. The tablecloth is unchanged in the painting.

The background in the painting below was originally a flat black. I repainted it to give it for less contrast. The tomatoes, bag, and knife were mostly untouched, only appearing to be different due to photography.

Repainting sometimes improves, sometimes takes away; it can be hard to tell which one is better. Lately when I am asked how my work is going my response it, ‘It’s two steps forward, two steps back.’ 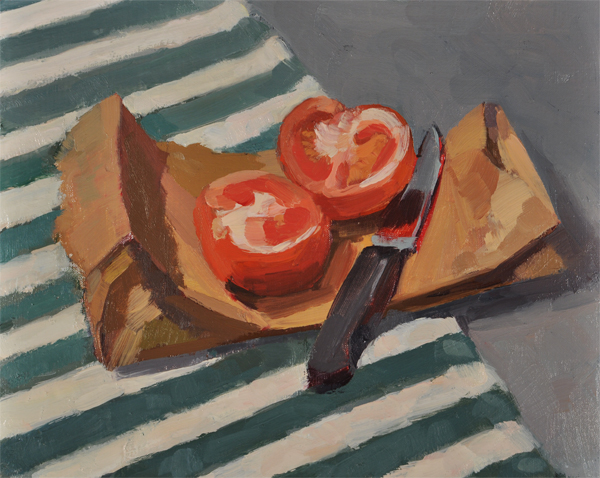 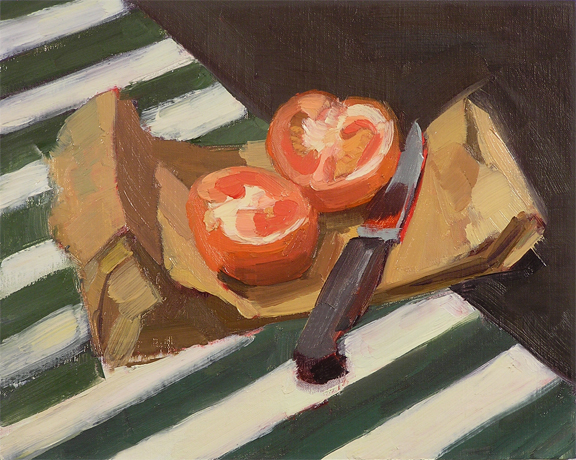